Are The Cleveland Browns Finally Ready For A Playoff Run 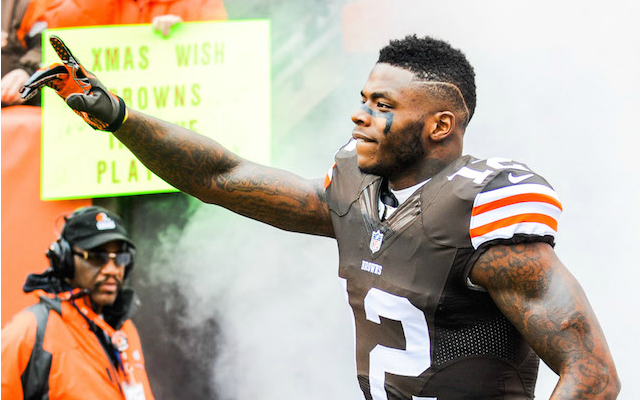 The Cleveland Browns have definitely been one of the busiest teams in the offseason, and after many years of being known as the laughing stock of the NFL, they appear to be making a serious push at a NFL Playoff Run. They had one of their best offseason drafts and have stayed busy with building a team that they believe can make them competitive.

They have signed some talented vets as well as have their best draft in many years. The complete overhaul of the Browns started back in March when longtime Offensive Tackle Joe Thomas announced he would be retiring. Thomas was a key to the Browns Offensive Line, and now the Browns will need to replace a major hole for their new QB.

The Browns drafted Oklahoma QB Baker Mayfield with the first overall draft pick in the 2018 NFL Draft. Mayfield is a talented and exciting QB that has the fans of the Browns left thinking he can take the team to the next level. At this time, it is not certain if Mayfield will start game 1 of the year or if they will side with newly acquired QB Tyrod Taylor. Taylor was picked up, and the Browns would be wise to use Taylor to groom Mayfield into a franchise player.

With the fourth pick in the recent 2018 NFL Draft, the Browns bolstered their defense by selecting Ohio State Defensive Back Denzel Ward. Ward is expected to be an opening day starter and poses major issues for opposing offenses. The Browns then came back with the 33rd pick in the draft and found what they hope will be Joe Thomas’s replacement in Nevada Offensive Lineman Austin Corbett. Corbett is a 6’04 300+LB Offensive Lineman that was one of the top O-line prospects in the draft.

Nick Chubb fell to the 35th pick and was selected as the Browns future Running Back. Chubb was a member of the Georgia Bulldogs two-headed monster running game with Sony Michel. Chubb is a very talented RB that can potentially take over games and carry this team on his back. Chubb will compete with Carlos Hyde and Duke Johnson for the primary role in the Browns backfield. It is expected that Chubb will win out the competition and become the opening day starter in the Browns backfield.

The Browns signed former Miami Dolphins star Wide Receiver Jarvis Landry. Landry was signed back in April and given a five year extension. Landry will lineup on the opposite side of WR Josh Gordon, who has always been regarded as one of the biggest and elite talents in the NFL and without a doubt one of the fastest and quickest wide receivers in the game.

On Monday, the Browns pulled off another remarkable addition to bolster their linebacker core. The Browns agreed in terms with Mychal Kendricks to an already stellar linebacking crew. Kendricks would now compete with Jamie Collins, Christian Kirksey and Joe Schobert for a starting spot. There is no doubt, Kendricks is an opening day starter and will take the spot of one of these guys.

Kendricks played on the weakside for the Super Bowl Champion Philadelphia Eagles, and if he stays in the same position, that would mean he would take the spot of Kirksey, but he may move to strongside LB which would mean he would bump Jamie Collins. It would only make sense that Collins would be the easy replacement as he missed ten games last year with various injuries including concussions. Kirksey has not missed a game in two years and added a level of dependability to the Browns roster.

With all of these acquisitions, it is hard not to believe that the Browns would be competitive this year. Some even think they may be able to compete for at least a wild-card spot. If that were to happen, it would mark the first time the Browns would make the playoffs since 2002, when they ended up losing to the Pittsburgh Steelers in the Wild Card game.

For the short term, the goal should be just to post a winning season, something that hasn’t happened since 2007 and more so on the short term in having a better season than last year’s 0-16 season or 2016 where they went 1-15. Pretty safe to say, this year’s team is one of the most talent-stocked teams that the Browns have put on the field in recent years, but talent pools don’t always add up to wins!

Join us on Telegram to get even more free tips!
« GB Packers Clay Matthews Takes Softball To The Face
Chicago Bears Sign Zach Miller Following Gruesome Injury »
SportingPedia covers the latest news and predictions in the sports industry. Here you can also find extensive guides for betting on Soccer, NFL, NBA, NHL, Tennis, Horses as well as reviews of the most trusted betting sites.
NFL Betting Tips, Predictions and Odds 332