Twitter
Are The Cleveland Browns Finally Ready For A Playoff Run » 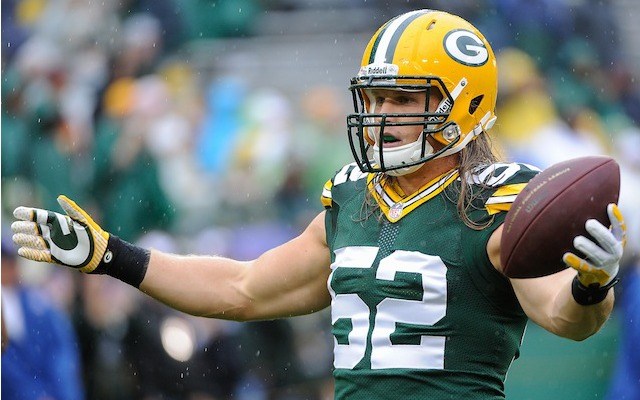 When professional football players participate in a charity softball games, the risk of injury is very low. The risk is even lower knowing that we aren’t talking about fastpitch softball, but rather slow pitch softball where the ball is basically tossed up in the air on a arch for players to crush.

That wasn’t the case however this past weekend when Green Bay Packers Linebacker Clay Matthews took a line drive directly to his face in a charity softball game. Matthews was playing in the Green and Gold Charity Softball Game, near Appleton, Wisconsin at Fox Cities Stadium and was on the mound, playing pitcher in the game. Matthews was facing a left handed batter, who just so happens to be his Offensive Lineman in Lucas Patrick, and took a shot right to the face.

Matthews fell to the ground but instantly got up, covered his face with his glove and rushed off the field. Matthews suffered a broken nose and stated late on Saturday Night on Twitter that the injury will require surgery to repair but he was very lucky as this could have been much worse than it really was. Matthews went to the hospital and received a complete rundown of tests to make certain there was no further injury other than the broken nose. Immediately after Matthews was hit in the face, netting was put in place in front of the pitcher mound to prevent further injury to additional players.

The fortunate part for Matthews, as well as the Green Bay Packers organization is the fact that, all though it looked much worse than it actually was, it was limited to just a broken nose. It is not expected to force him to miss any time from the regular season and should affect much of his training camp.

Clay Matthews team got the win in the charity softball game off a Robert Tonyan Jr walk off home run. Clay’s team won the game 10-9 to sort of help ease the pain of the broken nose. Matthews did not give an exact date on when he will have surgery to repair the injury but said it would not happen until after his swelling goes down in his face.

Join us on Telegram to get even more free tips!
Are The Cleveland Browns Finally Ready For A Playoff Run »
SportingPedia covers the latest news and predictions in the sports industry. Here you can also find extensive guides for betting on Soccer, NFL, NBA, NHL, Tennis, Horses as well as reviews of the most trusted betting sites.
NFL Betting Tips, Predictions and Odds 332