With The #1 Pick In Monday’s MLB Draft, The Detroit Tigers Select… 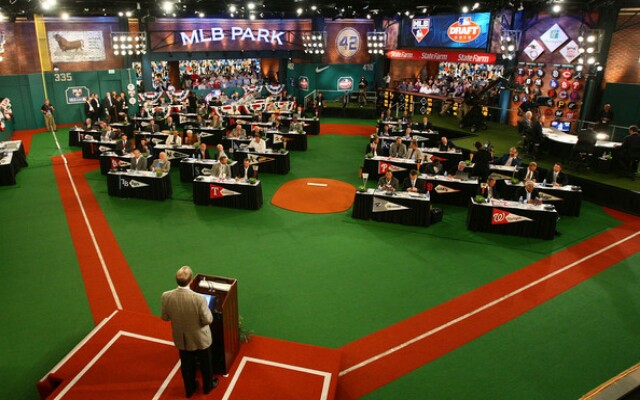 Major League Baseball will hold its annual draft starting Monday Night, June 4 and will run through Wednesday, June 6, 2018. This year, the Detroit Tigers will hold the first overall pick in the MLB draft. This will be the second time in the history of the MLB draft that the Tigers hold the #1 overall selection in the draft.

In 1997, the Tigers selected Matt Anderson with the first overall pick. Anderson did not turn out to be the prospect that the Tigers organization felt he would and they will hope that Monday’s pick will provide them with a greater amount of quality and tenure in Major League Baseball.

The Tigers are receiving the first overall pick thanks to the San Francisco Giants hitting a homerun in the bottom of the ninth inning in the final game of the regular season last year, pushing them over the hump and giving the Tigers the first overall selection in the draft.

Unlike many years of the past, there really isn’t that one standout player that teams are excited about like a Bryce Harper, David Price, Carlos Correa or even Alex Rodriguez. This year, most experts feel that the draft is full with basic general talent and no one that really stands out above the rest.

The Tigers have many needs but in this year’s draft, it is mostly about pitching. The Tigers farm system is one of the weakest in baseball and their pitching staff has traditionally ranked in the bottom third of the MLB. This year, the most likely candidate to get drafted with the Tigers and the #1 pick is Auburn Right handed pitcher Casey Mize.

Mize is a talented pitcher that uses a mid 80’s MPH splitter to shut down the opposition. Mize also possesses a upper 90’s fast ball and a 85 MPH slider that the Tigers are hoping will formulate into one of his best pitches. One of the major concerns with Mize is his health and most of all the fact that the issues he has had, were from his arm. Mize came down with a tired arm late in the season and also a strained flexor tendon in his forearm.

If the Tigers don’t choose Mize, it would shock many people, but they may turn their attention to Florida Gators pitcher Brady Singer. Singer was 11-1 with a 2.27 ERA with the Gators in 2017. Singer struck out 98 batters in 95 innings.

The San Francisco Giants hold on to the 2nd overall pick and most experts feel they will pick Georgia Tech Catcher Joey Bart. Bart is one of the most talented catchers in the draft and overall one of the best offensive prospects in the draft. The Giants currently have Buster Posey as their everyday starter but Bart would be given the time to mature into a franchise player and if they select him, they could also eventually move Posey from behind the plate.

The complete order of the MLB Draft is as follows:

Join us on Telegram to get even more free tips!
Michael Wacha Pitches A Near No »
SportingPedia covers the latest news and predictions in the sports industry. Here you can also find extensive guides for betting on Soccer, NFL, NBA, NHL, Tennis, Horses as well as reviews of the most trusted betting sites.
MLB Betting Tips, Predictions and Odds 241