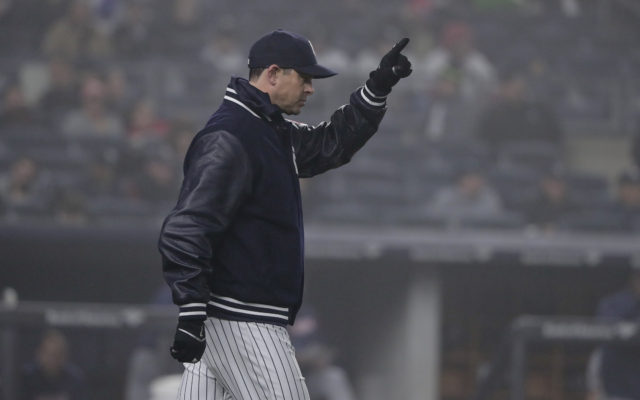 Having the game moved wouldn’t be an issue under most circumstances but the New York Yankees will play the Baltimore Orioles the following day in a double header, which is concerning to New York Yankees manager Aaron Boone. The original game between the New York Yankees and the Toronto Blue Jays was scheduled for Sunday afternoon at 1:00 PM, which would, in essence, mean that the game would end somewhere around 4:00 PM. This would allow for plenty of time to travel to Baltimore, Maryland for a Monday evening 5:00 PM ET game time for the first game of their double header.

Now, ESPN wants to put the New York Yankees vs. Toronto Blue Jays on National Television in the evening with a start time around 8:00 PM. This would put the end of the game around 11:00 PM and less than 18 hours to travel to Baltimore, check into their hotel and get ready for their 5:00 PM game with the Orioles. In other words, this would realistically mean that the New York Yankees would play three baseball games in a 24 hour period, in 2 different cities, which the players feel is too much to ask of Major League Baseball and ESPN.

The Yankees feel this is not only a time sensitive matter, but they have said that it will affect health, safety, and integrity of the game. The Yankees have gone as far as saying that if ESPN insists on the Sunday Night game being the New York Yankees vs. Toronto Blue Jays, they will completely boycott ESPN for the remainder of the season. Many people will read that and think that it means that the New York Yankees will now be televised on ESPN any longer but that is not their call. That role is reserved by Major League Baseball.

What the New York Yankees can do though is refuse any interviews with the New York Yankees coaching staff and players. ESPN commonly requests interviews with players before the game and following the game. These are meant to be televised as part of their evening recap of the game; however, the Yankees would be able to decline and refuse access to any of their players in retribution for the television mega-company throwing around their weight and moving the time of the game.

The Sunday Night game is slated for July 8, and they should be able to work something out before any boycotts to make everyone involved happy. The Yankees have agreed to the double-header with Baltimore to make up the canceled game earlier in the season, but they are not keen on moving the time of the day prior, which would place them in a disadvantage.

Join us on Telegram to get even more free tips!
« Michael Wacha Pitches A Near No
Bryce Harper Not Helping His Cause By Wearing Vegas Hockey Jersey »
SportingPedia covers the latest news and predictions in the sports industry. Here you can also find extensive guides for betting on Soccer, NFL, NBA, NHL, Tennis, Horses as well as reviews of the most trusted betting sites.
MLB Betting Tips, Predictions and Odds 241