New York Mets Setting Records They Would Like To Forget 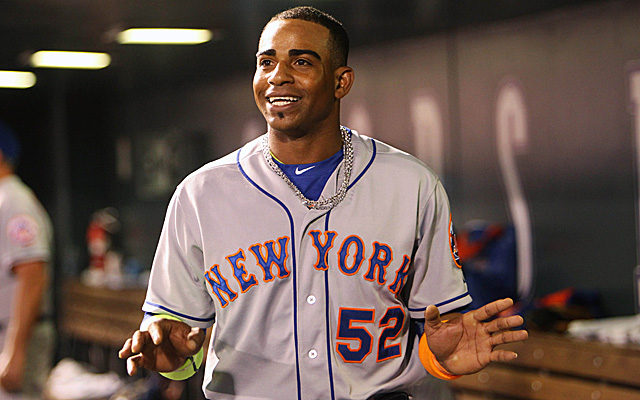 The New York Mets started out the first part of the regular season in first place. They won their first 11 out of 12 games and were looking like they would be the team to try and beat in the division. They remained in first place for the first month of the season but have since begun their plummet to their current spot in 4th place in the National League East Division. On Wednesday, the Mets set a franchise record, but unlike most records, this is not one that they wished to have.

Not only have they struggled recently but overall on the season, they have scored the 2nd lowest amount of runs in the NL. The Mets have lost six games straight and eight out of their last ten games overall. The Mets are 27-31 overall on the year and are four games under .500.

Pitching has not been a problem for the Mets this year, but the run support is non-existent. Zach Wheeler held the Baltimore Orioles to just five hits and no earned runs but couldn’t get a single run out of the Mets to compete for the win. Jason Vargas Held the Orioles to just five hits and two earned runs on Tuesday, again failing to get the Mets starting pitcher run support to give them a shot to win the game.

With the trade deadline being July 31, there are many questions circulating about whether the Mets will fire sale and trade away most of the team or if they will try to pick up spot players to reconstruct the lacking lineup. Mets General Manager Sandy Anderson has denied that he will try to make many changes but will rather try to supplement his current lineup with some bigger bats to make this lineup more potent.

The good news for the Mets organization and their fans is they are starting to get healthy. Yoenis Cespedes has missed the last 20 games but began taking batting practice at the beginning of the week. Cespedes has been out since May 13, when he went on the disabled list with a right hip flexor strain. Before going on the DL, Cespedes was hitting .255 with eight home runs and 28 RBI’s.

Join us on Telegram to get even more free tips!
« Max Scherzer of the Washington Nationals Throws Immaculate Inning
LA Angels Japanese Phenom To Miss Time On DL »
SportingPedia covers the latest news and predictions in the sports industry. Here you can also find extensive guides for betting on Soccer, NFL, NBA, NHL, Tennis, Horses as well as reviews of the most trusted betting sites.
MLB Betting Tips, Predictions and Odds 241