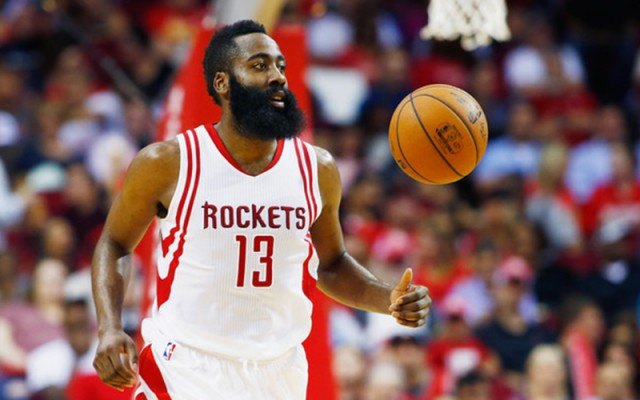 On Wednesday Night during Game three of the NBA Finals, the NBA Players Association 2017-2018 Players Voice Awards were announced. These awards are voted on by the players of the NBA and are not the official NBA Awards, that will be determined at the conclusion of the playoffs.

Houston Rockets James Harden was named the NBPA MVP of the 2017-2018 season. Harden is also expected to win the regular season MVP Award given out by the NBA. Harden led the NBA in scoring per game with 30.4 points per game and was third in assists with 8.8 assists per game. Harden also was named the NBPA’s Toughest To Guard Award for being the toughest player in the NBA to guard defensively.

Utah Jazz rookie sensation Donovan Mitchell was named the Leader of the New School Award. This is pretty much the same as winning the NBA’s Rookie of the Year, which he is also expected to take home later on this month. Mitchell led the Jazz to the playoffs and was one of the most exciting players in the NBA this year. He won this year’s NBA Slam Dunk Competition and is expected to continue his improvement next year in his second year in the NBA.

LeBron James was named the NBPA People’s Champ Award, which is given out to the player that makes the biggest positive impact on society. James routinely uses his athletic stardom to benefit the community and help out in various charity events each year.

Damian Lillard was named NBPA Mr. Clutch Award for being the most precise player and the player that is sort of the “Go-To” man on his team. Lillard averaged 26.9 points per game, which was 5th in the NBA.

Vince Carter was named the NBPA Most Respected Player, which is awarded to the most respected veteran in the NBA. Carter is one of only seven players in the history of the NBA that have played 20 seasons. Carter was the 5th overall pick in the 1998 NBA Draft by the Golden State Warriors and then traded to the Toronto Raptors. He was voted the 1999 NBA Rookie of the Year and was named the NBA Teammate of the Year in 2016. Carter has played for the Toronto Raptors, New Jersey Nets, Orlando Magic, Phoenix Suns, Dallas Mavericks, Memphis Grizzlies and Sacramento Kings.

Join us on Telegram to get even more free tips!
« LA Lakers Odds On Favorite To Land LeBron James
Does This Golden State Warriors Team Rank Among Best NBA Teams In History? »
SportingPedia covers the latest news and predictions in the sports industry. Here you can also find extensive guides for betting on Soccer, NFL, NBA, NHL, Tennis, Horses as well as reviews of the most trusted betting sites.
NBA Betting Tips, Predictions and Odds 1362