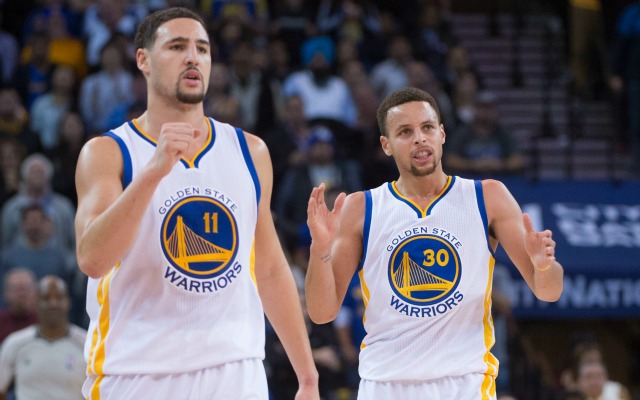 The Cleveland Cavaliers entered into Wednesday Night’s game with the Golden State Warriors knowing that they had to win on their home court to have any chance at the NBA Championship. In the first half of Wednesday Night’s game, it appeared that the Cavaliers had everything going their way, and they were going to roll to a victory, but you can never count out this Warriors team as they can get scoring from various places.

The Cleveland Cavaliers hosted the Golden State Warriors on Wednesday Night from the Quicken Loans Arena in Cleveland, Ohio and came into the game down 2-0 in the NBA Finals. Coming back from being down 2-0 is tough, but they know coming back down 3-0, is nearly impossible, even for one of the greatest basketball players in history.

The Cavaliers jumped out to an early lead in the first quarter and were playing with a lot of emotion. LeBron James kept the crowd involved with the game and gave them some highlight reel shots to remember such as throwing the ball off the backboard and dunking it. The Cavaliers were up 29-28 at the end of the first quarter and increased the lead in the second quarter.

When the halftime buzzer sounded, the Cavaliers had the Warriors right where they wanted them. They were winning the game 58-52, and they were controlling the ball. They had held Steph Curry and Klay Thompson in check and were getting the rebounds, especially on the offensive side of the ball. Stopping Curry is a feat in it of itself but stopping both shooters, Curry and Thompson are nearly impossible. That being said, the Cavaliers successfully did both holding Curry to 11 points and Thompson to 10 points in the game.

The problem for the Cavaliers is they play two halves of basketball and not one! The second half belonged to Kevin Durant. Durant posted 43 points, 13 rebounds, and seven assists to end the game in 43 minutes. Durant was a one-man wrecking ball that dismantled the Cavaliers. All five of the Warriors starters ended the game with double-digit scoring numbers but Durant was the only player that scored more than 11 points in the game, and that includes the bench.

LeBron James ended the game with an impressive triple-double. James had 33 points, ten rebounds, and 11 assists. LeBron got some help from Kevin Love, who posted a double-double in the game with 20 points and 13 rebounds.

The Cavaliers won the rebounding battle on the boards, winning 15-6 in the offensive rebound game and held Curry to just 11 points in the game, which is unheard of but the fact remains they could not stop Kevin Durant.

The Cavaliers will now try to hold on for the lives as they host Game 4 on Friday Night from the Quicken Loans Arena in Cleveland, Ohio. The oddsmakers have already made the Golden State Warriors 5.5 point road favorites in this game and have set the total number at 215.5. Will the Cavaliers see their season come to an end and potentially the final game for LeBron James in a Cavaliers uniform on Friday Night? Find out on ABC at 9:00 PM ET Friday Night.