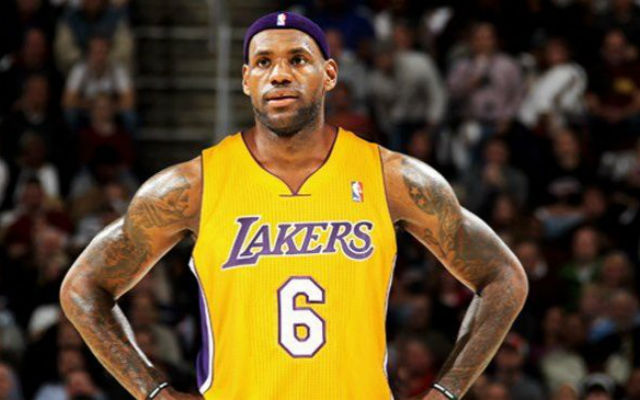 The season isn’t completely over, and the talk has already begun about where LeBron James will end up in free agency. Cleveland Cavaliers fans would love to believe that he will remain in Cleveland but the likelihood of that happening are slim to none. The Cavaliers are one game away from being eliminated from the NBA Finals and potentially ending the playoff run put on by LeBron James and the Cavaliers.

The big question in Cleveland is where will LeBron James end up? The rumor mill is running rampant on where he will end up, but the fact remains that he wants to play for another championship ring. His contract will expire at the end of the season, and he will become an unrestricted free agent.

The oddsmakers at BetDSI listed their prediction and odds on where LeBron James will end up in free agency with the LA Lakers being the +200 favorite to land the biggest name in free agency. The Lakers made several moved during this season to make sure they cut their salary for the upcoming season so they could afford to sign some big-name players and put themselves back in contention for the NBA Championships.

The oddsmakers somewhat threw a curveball into picking their second favorite to win the LeBron James race in the Philadelphia 76’ers. The Sixers went to the playoffs last year but lacked the leadership on the court to lead the young team past the second round of the playoffs. The Sixers have one of the youngest teams in the NBA and LeBron James would serve as the leader of this talent stacked lineup.

The third favorite team to get LeBron James is his former team, the Miami Heat at +500. James played for the Miami Heat from 2010 until 2014, when he returned to the Cleveland Cavaliers. The Heat doesn’t have much going for them right now to land James and would need to acquire some additional talent to make them a playoff caliber team.

The New York Knicks are 4th on the list of favorites to land LeBron. The Knicks playing in the big city have a decent chance of landing James simply because they can pay James the big contract and the Big Apple is eager to find a way to get back to the playoffs. They have to core foundation to contend, and with James leading the way, they would be a piece or two away from putting together a title run.

Rounding out the top 5 favorites to land LeBron James is the Houston Rockets. The Rockets were the “best team” in the NBA regular season but failed to advance past the Golden State Warriors in the playoffs. The Rockets have one of the best shooters in the NBA in James Harden and have already said that they will be aggressive in retaining Chris Paul. If you were to add LeBron to this lineup, it would catapult them to the front of the line for favorites to make the NBA Finals.

Join us on Telegram to get even more free tips!
« Cleveland Cavaliers On Brink Of Losing NBA Finals
2018 NBA Players Association Awards Announced »
SportingPedia covers the latest news and predictions in the sports industry. Here you can also find extensive guides for betting on Soccer, NFL, NBA, NHL, Tennis, Horses as well as reviews of the most trusted betting sites.
NBA Betting Tips, Predictions and Odds 1362