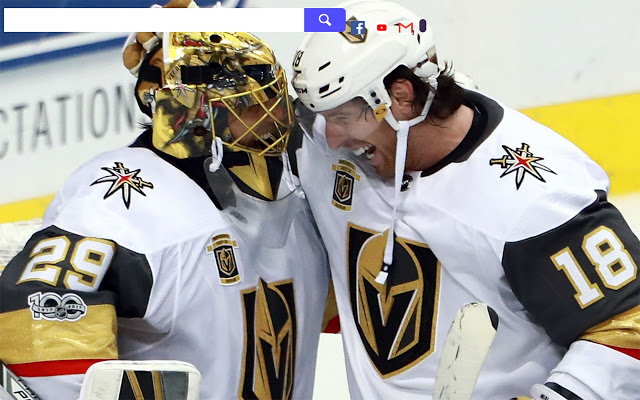 Many of the online ticket distributors have profited drastically off of this series and have outsold every other Stanley Cup Finals series to date. These large ticket distributors can purchase large quantities of tickets, and turn around and sell them at an increased markup due to the supply and demand of the tickets.

The 2014 New York Rangers vs. LA Kings series set the previous record with an average ticket costing in the area of $1,024 per ticket. Currently, for Game 5 of the NHL Stanley Cup Finals, the average cost is over $200 more than that previous record at $1,228 per ticket.

Any event that is held in Las Vegas, Nevada will bring value and will normally sell well but these championship caliber tickets bring a much stronger sale price. The price of tickets for Game 6 and Game 7, could surpass $2,000 per ticket, if necessary.

According to TicketIQ Twitter page, they are anticipating Game 6 tickets averaging $1,950 per ticket, which is a 77% increase since June 1. On Thursday Night, TicketIQ was selling tickets for Game 6 in Washington DC for $1,700 for Mezzanine seats and Upper Reserve tickets were selling for $750 each.

These prices seem absurd to many but the prices in Las Vegas were actually higher just 10 days ago. The ticket prices for Game 5 on May 29 was averaging $2,666.00. That is the highest average for a ticket to a NHL Stanley Cup game or any hockey game for that matter, in the history of the game. Those extremely increased prices came back down to reality over the past few days and over the past 24-48 hours, those elevated prices came down to around $1,500 per ticket 2 days ago and eventually, rounding out at $1,200 per ticket on gameday.

On average, according to TicketIQ, the cheapest available ticket on the secondary market for Thursday Night’s Game 5 was $1,009 in Las Vegas. The Golden Knights have had a great amount of success in selling tickets this year, mainly because they are a new franchise playing in their first season. When they began playing well and it appeared that they would make the playoffs, the ticket prices drastically increased to their current average.

When the Golden Knights made it to the playoffs, in Game 1, the average cost of a ticket was $518, with the cheapest ticket available coming in at $173. This is mainly because this was their first ever playoff game but also due to the fact that this was their first season in the NHL and the success they had in their first year.

Join us on Telegram to get even more free tips!
« NHL Referee Qualifies For 2018 US Open
Washington Capitals Win 2018 Stanley Cup Champions »
SportingPedia covers the latest news and predictions in the sports industry. Here you can also find extensive guides for betting on Soccer, NFL, NBA, NHL, Tennis, Horses as well as reviews of the most trusted betting sites.
NHL Betting Tips, Predictions and Odds 800