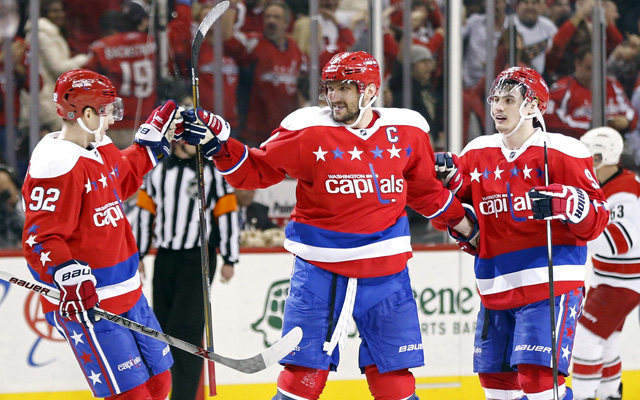 Game 5 of the Stanley Cup Finals took place on Thursday Night and it was an exciting one! The Vegas Golden Knights came in with their backs against the wall but playing at home, where they had the weight of Las Vegas on their shoulders. Vegas was playing in their first season and naturally their first ever Stanley Cup Finals. Ticket sales for this game were record setting and trying to get a ticket to the game were nearly impossible unless you had a thousand dollars!

The game started out defensively with no scoring in the first period. They went 20 minutes without either team scoring a goal and it appeared that the game would be a very low scoring battle with each team using caution with every play. That wouldn’t last for long, as the scoring came in the second period.

Just 0:34 second later, Alex Ovechkin scored on a slap shot during a power play to give the Capitals the lead once again 2-1. The second period stayed busy as David Perron scored at the 12:56 mark to tie the game up once again for the Vegas Golden Knights. This was a very controversial goal and went to review, and ultimately it was ruled that there was no goalie interference and the goal counted. It was obvious that there is a ton of emotion in this series and neither team is going to go away quietly.

At the 19:31 mark of the second period, Reilly Smith scored on a wrist shot during a power play to give Vegas Golden Knights their first lead of the game. When the second period ended, there were 5 goals on the scoreboard after having a scoreless first period.

As the second period ended, you could tell that it started getting chippy and emotions were getting out of hand as fights were breaking out all over the ice. The third and final period got under way but the first 10 minutes were relatively underwhelming. There was no scoring until the halfway mark in the period, when Devante Smith-Pelly scored and tied the game up at 3-3.

At the 7:37 mark in the third period, Lars Eller scored a goal which gave the Capitals the 4-3 lead and they were 7 minutes away from locking in their first ever Stanley Cup! The unthinkable happened with about a minute left in the game as the clock inside the stadium froze up and stopped working. With just :28.6 second remaining in the game, the Golden Knights cleared the net of the goalie and went with all of their players on the far side of the ice with the hopes of the extra man, being the factor that helps them score a goal and tie the game up.

That did not happen and the Washington Capitals won their first ever Stanley Cup! The final score of the game was 4-3 Capitals.

Join us on Telegram to get even more free tips!
« NHL Stanley Cup Finals Crush Box Office Ticket Records
Most Washington Capitals Are Eager To Go To White House »
SportingPedia covers the latest news and predictions in the sports industry. Here you can also find extensive guides for betting on Soccer, NFL, NBA, NHL, Tennis, Horses as well as reviews of the most trusted betting sites.
NHL Betting Tips, Predictions and Odds 800