Seahawks Earl Thomas Prepared To Sit Out Over Contract Dispute 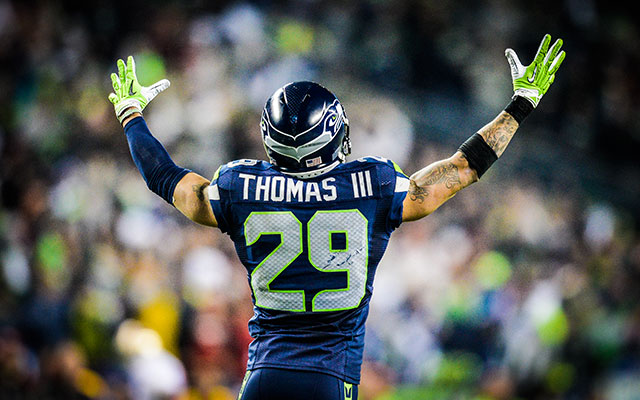 With the NFL preseason less than two months away, teams around the NFL will be rushing to wrap up contract negotiations with many of their newly drafted talent, as well as resolve any pending issues with veterans in the league that are coming up on contract renewals. One of those veterans that will be dealing with contract negotiations is Seattle Seahawks Safety Earl Thomas.

“I will not be attending the upcoming mini camp or any team activities until my contract situation is resolved. I want everyone especially the 12’s to know that I want to remain a Seahawk for the rest of my career but I also believe that based on my production over the last 8 years that i’ve earned the right to have this taken care of as soon as possible. I want to have certainty in regards to the upcoming years of my career. I’m going to continue to work my craft and put in work so that I can add to the team and give us the best chance to win. I hope my teammates understand where I’m coming from I believe this is the right thing to do.”

Thomas is 29 years old and has played with the Seattle Seahawks since he first came into the league as a 1st round, 14th overall draft pick for Seattle Seahawks in 2010. Thomas played his college football for the Texas Longhorns and since coming into the NFL, has gone to 6 Pro-Bowls and was a Super Bowl Champion in 2013 when the Seahawks beat the Denver Broncos 43-8.

Thomas is slated to make $10.4 million dollars in 2018, which is the final year of his current contract. Thomas’s original contract was a four year/$40 million dollar deal that he signed in 2014. At the end of 2018, he will become a unrestricted free agent but as he stated in his Twitter statement, he wishes to remain in Seattle and retire as a Seahawk.

Thomas will be missing the Seahawks mandatory minicamp and also missed all of the OTA’s that were voluntary last month. He will be subject to fines from the organization if he does come through and stand his ground with the hold out but he feels that it is better for his career and longevity to hold out and take on the fines versus playing without a contract and potentially taking on a injury, that could potentially leave him unable to play and unable to make a living. Looking at the numbers for Thomas, he would be fined $14,070 for the first day of missed minicamp, $28,150 for missing day two and $42,215 for missing day three. All in total, the Seahawks would be eligible to fine Thomas a total of $84,435 if he missed this Tuesday’s mandatory minicamp.

Join us on Telegram to get even more free tips!
« Patriots WR Julian Edelman Issues Public Apology
Odell Beckham Nearing Giants Return...Or Is He? »
SportingPedia covers the latest news and predictions in the sports industry. Here you can also find extensive guides for betting on Soccer, NFL, NBA, NHL, Tennis, Horses as well as reviews of the most trusted betting sites.
NFL Betting Tips, Predictions and Odds 332