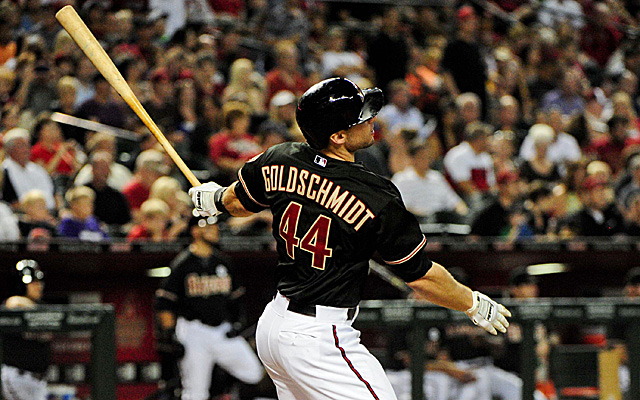 The Arizona Diamondbacks started a three game series with the Colorado Rockies on Friday Night knowing that the winner of this series would be in sole possession of first place in the National League West. The NL West Division has been pretty much a cluster of 4 teams battling it out for the top spot since the beginning of the season.

The Diamondbacks, Rockies, San Francisco Giants and the LA Dodgers are all engaged in a four way battle where each team is within 3.5 games of taking first place in the division. It is really too early to begin thinking about the playoffs, especially in this division where even the last place San Diego Padres are just 5.5 games back in the division.

The Diamondbacks vs. Rockies series had a ton of ramifications as the winner would separate themselves while the loser of the series would drop potentially below both San Francisco Giants and LA Dodgers. That is exactly what happened in this series.

On Saturday Night, the Diamondbacks got another hot game from Paul Goldschmidt, this time hitting 2 home runs and driving in 4 RBI’s. This was the fourth straight game that Goldschmidt has put up at least 3 hits, which is a new Arizona Diamondbacks franchise record. The Diamondbacks ended up winning the game on Saturday by the score of 12-7 and began putting some space between them and the Colorado Rockies.

The Diamondbacks were looking to break out their brooms on Sunday and pull off the three game sweep of the Rockies. Zack Godley got the start and pitched well, going 5.2 innings and allowing just 2 earned runs while striking out 8 batters in a 8-3 win over the Rockies. Goldschmidt continued his amazing streak at the plate with a double and a triple in the game and driving in two more RBI’s. Goldschmidt is one of the hottest players in baseball right now, going 8 for 13 with four home runs and nine RBI’s in the three games against the Colorado Rockies.

The Diamondbacks have been one of the hottest teams in baseball, winning 9 of their last 12 games. On the other side of the ball, the Rockies have now dipped below .500 and have dropped 8 out of their last 10 games overall.

Join us on Telegram to get even more free tips!
« Cleveland Pitcher Kluber 1st In AL To 10 Wins
LA Angels 2 »
SportingPedia covers the latest news and predictions in the sports industry. Here you can also find extensive guides for betting on Soccer, NFL, NBA, NHL, Tennis, Horses as well as reviews of the most trusted betting sites.
MLB Betting Tips, Predictions and Odds 241