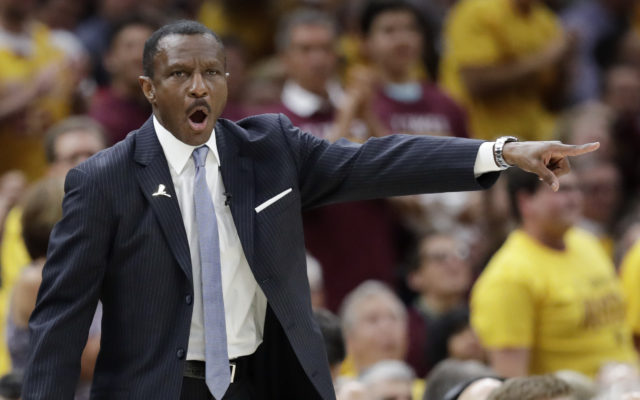 Casey was the head coach of the Toronto Raptors this past season but was terminated after the team was swept by the Cleveland Cavaliers in the second round of the Eastern Conference Playoff series. The decision to release Casey is believed to be mainly in part due to the playoff loss because he had a great season with the team, leading them to a 59-23 record, which was the best regular season record in the Eastern Conference and good enough for them to secure the #1 seed in the playoffs.

Toronto was unstoppable at home this year and tied with the Houston Rockets for the best home record in the NBA but that wasn’t enough for Casey to put a grasp on his job security in Toronto. The Pistons on the other hand finished 4 games out of the playoffs with a 39-43 record. The Pistons have rumored to have offered a 5 year contract to Casey, who will be replacing former head coach Stan Van Gundy, and is worth somewhere in the area of $35 million dollars.

Van Gundy was with the team for four years and only went to the playoffs in one season, losing in the first round of the playoffs. Missing the playoffs in three of four years and having a losing record in three out of four years in New York was Van Gundy’s demise and what cost him his job. Being an average head coach in the NBA may allow you to slide by and retain your job but playing in the big market of the Big Apple in New York requires success and Van Gundy simply didn’t find it with the Pistons.

Casey first began coaching in the NBA in 2005, when he took over the position as head coach of the Minnesota Timberwolves. Casey remained with the Timberwolves for all of 2005-2006 and was then terminated in his second year, about halfway through the season. Casey was hired as the Toronto Raptors head coach in 2011 and developed the team from the ground up. Casey missed the playoffs with the Raptors in the first two years but has since made the playoffs in each of his last five years. In 2017-2018, Casey had more wins (59) than any other time in his career. Casey was named the Coach of the Year by his fellow coaches and is well respected for the job he has done in Toronto.

The Pistons finished the year averaging 103.8 points per game, which is 22nd in the NBA. They have a very good defense that was ranked 6th in the NBA last year. The Pistons have missed the playoffs in each of the last two years but with Casey leading the bus and Blake Griffin and Andre Drummond playing on the court, the Pistons would surely be a top odds favorite to make the playoffs in 2018-2019.

Join us on Telegram to get even more free tips!
« Cleveland Cavaliers Will Shop Kevin Love If LeBron James Leaves
Kawhi Leonard And San Antonio Spurs Still Have Time To Save Relationship »
SportingPedia covers the latest news and predictions in the sports industry. Here you can also find extensive guides for betting on Soccer, NFL, NBA, NHL, Tennis, Horses as well as reviews of the most trusted betting sites.
NBA Betting Tips, Predictions and Odds 1362