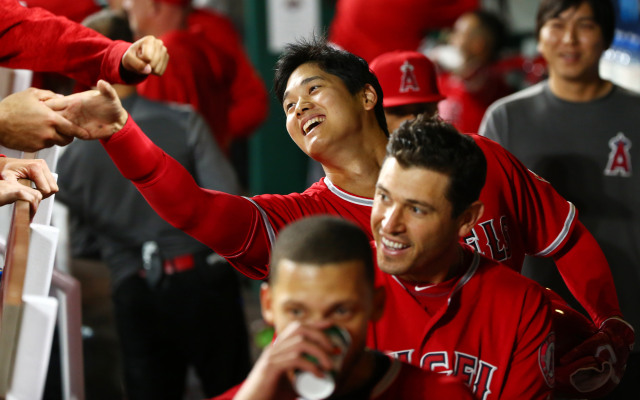 Last week, the Los Angeles Angels placed Shohei Ohtani on the 10 day disabled list with a Grade 2 Ulnar Collateral Ligament. The injury was discovered when Ohtani left his game with a blister on his finger and subsequently the injury was discovered. These type of injuries are never a good thing and in most situations, they will require Tommy John Surgery.

On Sunday, ESPN reported that Ohtani will “Probably need Tommy John Surgery”. The statement made by ESPN’s Pedro Gomez on Monday was “The Angels are holding out hope that (Ohtani won’t need surgery(, but everything I’m hearing is that the reality is he probably will need Tommy John Surgery. They’re trying to hold out because they’re in the middle of the season, they’re kind of competitive right now, he is their best pitcher. But, it doesn’t look good at this point.”

At the start of the season, the Angels discovered that Ohtani had a Grade 1 Ulnar Collateral Ligament sprain. The injury was originally found during the signing physical and led the Angels into looking further into their signing and if picking up Ohtani was beneficial for the organization. The injury was not considered overly concerning at the time and Ohtani was signed with the Angels.

That Grade 1 UCL Sprain has now turned into a Grade 2 UCL Sprain and there is real concern that this injury will result in Tommy John Surgery. The Tommy John Surgery is usually always the resolution when the injury develops into Grade 3, which is a complete tear of the Ulnar Collateral Ligament.

Late last week, Ohtani received a platelet rich plasma and stem cell injection to hopefully prevent further injury and placed him on the 10 day DL with the hopes that the time away from the game will give his injury time to heal and correct itself. The Angels organization will reevaluate Ohtani in 3-4 weeks to see where they stand with the Japanese phenom, who plays both Pitcher, as well as DH for the LA Angels.

The 3-4 time frame is just an estimate and there is no real time table for Ohtani’s return. Tommy John Surgery is a last resort for the Angels as it would put Ohtani out for a minimum of a year, potentially up to 18 months. The 29 year old pitcher has been one of the Angels top starting pitchers and they hope to have him back in their rotation this year, without Tommy John Surgery.

Ohtani has put up a decent stat line in 2018 and would be drastically missed on both sides of the ball if he is forced to have the surgery. Ohtani has gone 4-1 in 9 starts this year with a 3.10 ERA. Ohtani has struck out 61 batters while walking just 20. At the plate, Ohtani is hitting .289 on the season with 6 home runs and 20 RBI’s. He has scored 17 runs for the Angels and prevents teams from pitching around players like Mike Trout, Justin Upton and Albert Pujols, as he hits 5th in the lineup.

Join us on Telegram to get even more free tips!
« Arizona Diamondbacks Sweep Colorado Rockies And Take 1st Place In NL West
MLB Gives First Update For National League All Star Voting »
SportingPedia covers the latest news and predictions in the sports industry. Here you can also find extensive guides for betting on Soccer, NFL, NBA, NHL, Tennis, Horses as well as reviews of the most trusted betting sites.
MLB Betting Tips, Predictions and Odds 241