NFL Teams On The Verge Of Several Key Holdouts 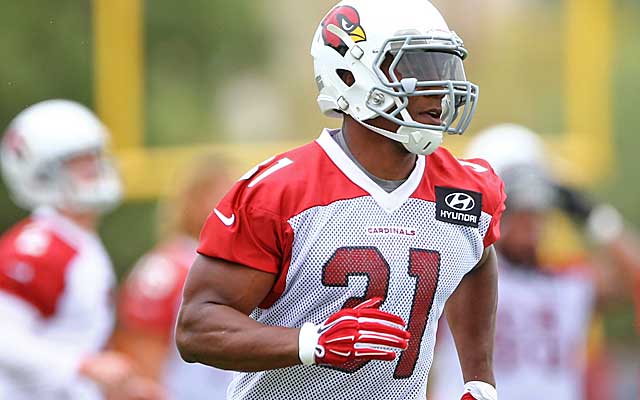 The NFL mini-camps are upon us and will be starting on Tuesday, June 12, 2018 but the question has been raised by many fans in the sport about which players will be holding out with the hopes of receiving a contract extension or even a new contract all together. Each year, teams deal with contract negotiations with several of their players and try their best to prevent the contract negotiations from becoming a distraction to the team during the preseason or even as far as the regular season.

This year, there is a large amount of players that are seeking a contract extension or a new contract all together. Many of these players are the big name franchise stars that fans are accustomed to seeing on the field and pay hundreds, if not thousands of dollars a year in ticket prices, to see them leading their teams to the playoffs.

This year, no player is bigger on the list than New York Giants Wide Receiver Odell Beckham Jr. Beckham is entering the final year of his contract and coming off a major injury, which complicates the negotiations for both the New York Giants and Beckham. The Giants want to see that Beckham is healthy and able to compete at the same level prior to his injury but in order to do that, he will need to participate in some team activities, OTA’s, mini-camps and live gameplay. The issue with that is Beckham doesn’t want to risk playing without a contract, which could subsequently cost him millions of dollars if he is injured in the coming season.

If Beckham was to get injured during the season, he would be a free agent and coming off back to back years with injuries, which would greatly diminish his value and the amount a team would be willing to pay for the Wide Receiver. Beckham is currently the 52nd highest paid Wide Receiver in the NFL and many feel should catapult to the top of the list with this upcoming contract.

Another player coming in off a major injury and looking for a contract extension is Arizona Cardinals Running Back David Johnson. Johnson is due to earn $1.88 million dollars in 2018 but it is hard to believe that a Running Back with the ability to post 1000 yards rushing and 1000 yard receiving each year, would play for that small amount of money. Johnson has already proven that when healthy and when he has a reliable quarterback under center, he can post large numbers to benefit the Cardinals.

In 2016, Johnson rushed for 1239 yards and 16 touchdowns and also recorded 879 yards receiving and an additional 4 touchdowns on 80 receptions. The issue for the Cardinals is the fact that Johnson is coming off a 2017 season where he played just one game, before being injured and having season ending wrist surgery. Johnson will be 27 years old and approaching the time frame where he could be creeping on his final contract in the league.

The Seattle Seahawks are dealing with not one but two players on their team that are threatening a holdout if they are not given a new contract. Safety Earl Thomas and Defensive End Frank Clark are both in need of new contracts and at least Thomas has already stated that if he does not have a new deal in place, he intends on skipping all organized team activities and thus missing the Seahawks preseason. Clark has already skipped the OTA’s but is expected to be at this week’s minicamp.

With many teams having players with contract issues that can affect their practice and preseason leading up to the regular season, it should lead to a very interesting start to the 2018 NFL Season.

Join us on Telegram to get even more free tips!
« Odell Beckham Nearing Giants Return...Or Is He?
Buffalo Bills 1st Round Draft Pick Gets 1st Team Reps »
SportingPedia covers the latest news and predictions in the sports industry. Here you can also find extensive guides for betting on Soccer, NFL, NBA, NHL, Tennis, Horses as well as reviews of the most trusted betting sites.
NFL Betting Tips, Predictions and Odds 332