Most Washington Capitals Are Eager To Go To White House 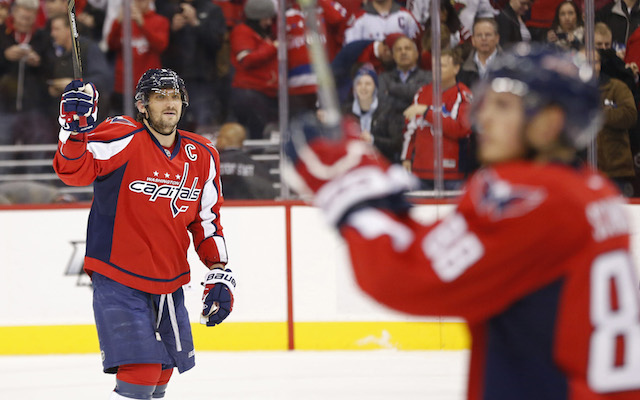 In recent months, there has been a ton of social media banter between sports teams and their refusal to visit the White House upon winning their respective championships. It is typical of the President of the United State to cordially invite teams of Professional and College Sports, who win their overall championship, to come to the White House for a celebration and acknowledgement of their accomplishment.

Last week, the Washington Capitals won the Stanley Cup and many players have been asked in the media if they would accept an invite to the White House if they are granted an invitation. A overwhelming majority of the players asked have all agreed that it is an honor to attend the White House celebration and even those not from the United States, have stated that they would attend the event.

One player that has stated time and time again that he will not attend the event is right win Devante Smith-Pelly. Smith-Pelly has stated that he has no interest and no intentions of traveling to the Nation’s Capital for the invitation if granted by President Donald Trump.

Players like Stanley Cup MVP Alex Ovechkin and TJ Oshie have both stated that they are excited to go to the White House and meet the President. Ovechkin is Russian, however he still stated that he would proudly attend the celebration, stating “It will be fun” and was looking forward to attending the event. Oshie stated that it is a tradition that has been carried out for many years and should be continued.

President Donald Trump has not issued an invite as of yet and has not stated if he will invite the Washington Capitals to the White House but beings the fact that they play in the same location as the White House and are Washington DC’s home team, it would be hard to believe that they will not be invited.

The Philadelphia Eagles recently declined their invitation to come to the White House after winning the Super Bowl and then had their invitation revoked by President Donald Trump. The team was sort of tossed on who would attend and who would refuse the invite. There was a ton of social media posts from various Philadelphia Eagles players who stated that they would not be interested in attending the team coordinated event. The social media negativity of the invitation caused a lot of tension between the team and the President of the United States and the invite was rescinded.

President Donald Trump, after canceling his invite to the Philadelphia Eagles, held a “Celebration of America” stating the team was not happy with his stance on standing proudly for the National Anthem and therefore, he rescinded their invitation and changed the event into a celebration for those proud of their country.

The Golden State Warriors have not been invited to come to the White House after winning the 2018 NBA Championship. The Golden State Warriors refused to attend the White House celebration in 2017 after winning the NBA Championship and several players were vocal once again this year about whether or not they would attend the celebration.

Mr. Trump has been away for the past few days since the Stanley Cup finals and it is unknown at this time, if he will extend an invite to the Washington Capitals, and/or the Golden State Warriors but at this time, it is believed that the Capitals would accept the invitation.