Near No-Hitter In Braves vs. Mets Game 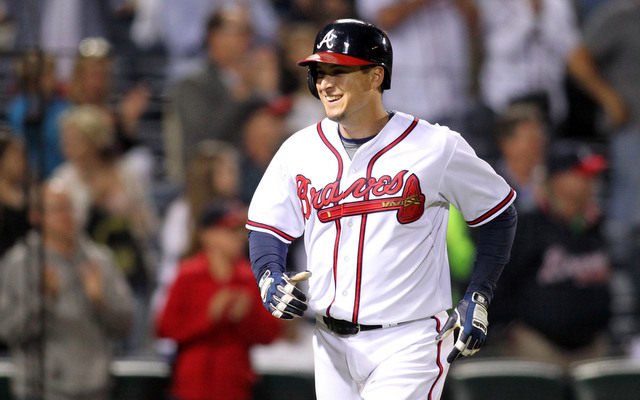 The Atlanta Braves and Michael Soroka faced the New York Mets and Jacob deGrom on Wednesday afternoon and there was hype headed into the seventh inning of a no-hitter. Whenever there is the potential for a no-hitter in the major leagues, media begins posting about the event and social media networks begin trending the accomplishment. When most people hear about a potential no-hitter from this game, they will no doubt think that it was Jacob deGrom and the Mets but on Wednesday, that wasn’t the case.

Soroka and deGrom both pitched well in this game but it was the Atlanta Braves and Soroka that had a no-hitter going into the 7th inning. Soroka had gone through 6 innings of Mets batters in only 64 pitches and had not allowed a hit in the game. Soroka started the 7th inning with all eyes on him and media excitement beginning to circulate as various news sources rushed to see who could be the first to break the story about a no-hitter from the 20 year old pitcher.

Michael Conforto was the first batter to step into the batter’s box in the 7th inning and shortly thereafter, the threat of a no-hitter was over. Conforto got the first hit of the game, with the infield shifted and driving the ball to the shortstop. The hit ruined the no-hitter but the Braves were still the winners in the game, ending the game with a 2-0 shutout over the Mets.

Soroka was making his first start since May 12, when he went on the disabled list for a shoulder injury. The Mets had activated him off the DL and gave him the spot start. This was only Sorokas 4th start of the year and of his career. Soroka is the youngest pitcher in the majors but on Wednesday, he did not look it! He ended his game, allowing one hit, one walk, while striking out four batters and walking just one.

For the Mets and deGrom, it was their 10th loss in 11 games and another blown quality pitching performance by deGrom. DeGrom allowed seven hits and one earned run, while striking out seven batters in seven innings. DeGrom has a 0.87 ERA in the past 10 starts, yet the Mets have gone just 2-8 in those 10 games.

The Mets are one of the most struggling teams in the majors and are struggling terribly to score runs. The Mets have been held to just 10 runs in their last 87 innings of baseball. They have gone from a team that started the season with their best start in franchise history, winning 11 of their first 12 games yet watching their season slip away by losing 15 of their last 18 games overall.

Join us on Telegram to get even more free tips!
« Tigers Lose “Miggy” In Season Plagued With Injuries
MLB Wants Harper In Home Run Derby »
SportingPedia covers the latest news and predictions in the sports industry. Here you can also find extensive guides for betting on Soccer, NFL, NBA, NHL, Tennis, Horses as well as reviews of the most trusted betting sites.
MLB Betting Tips, Predictions and Odds 241