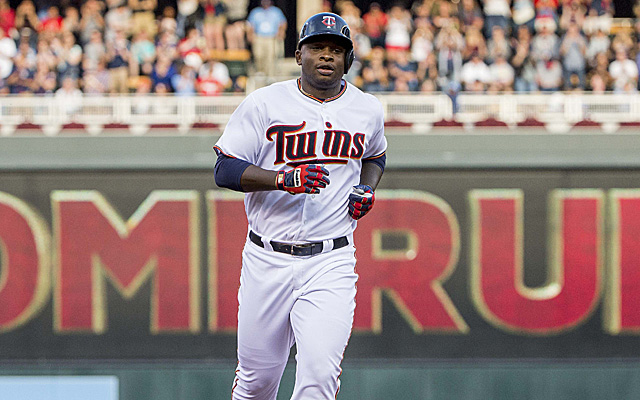 On Thursday afternoon, the Minnesota Twins assigned their struggling franchise third basemen Miguel Sano to a minor league assignment. Sano has struggled all year long and has forced the hand of Minnesota Twins Manager Paul Molitor into taking the appropriate measures into correcting the issues that they see with Sano.

Sano was assigned to Class A Fort Myers. Many felt that the move was sort of drastic with sending Sano to Single A baseball but Molitor stated that this is more of a move for Sano to work on all components of his game and fix some stuff that has become broken over the past few months. Molitor stated “We don’t feel like we’re getting what we need from him, and he’s going to have to get down there and get to work.”. Class A Fort Myers gives the big league the best chance to monitor his overall situation and take more of a hands on approach with the All-Star third basemen.

Sano went to the All-Star game last year in 2017 and also participated in the All-Star Home Run Derby. Last year Sano hit 28 home runs and crushed pitching throughout the season. He had 21 home runs last year before the half way mark but was bothered and plagued in the second half of the season with injuries. One thing to keep in mind is the fact that Sano had a fairly serious injury last year, that required surgery and prevented him from working out in the offseason.

Sano took a foul ball off his leg in August of last season and forced him to have a titanium rod placed in his leg for stability. The surgery basically prevented Sano from working out and completely kept him off his feet for several months. This year, when Sano returned to baseball, he dealt with numerous hamstring issues that also put him out of commission for nearly a month.

When Sano was asked if he was upset with the move, Sano stated “I’m not mad. I’m happy, because I know I’m struggling, and (Minnesota Twins) gave me an opportunity. There’s no reason I can get mad”. The reality is he will now get, not only the chance to correct his issues at the plate, but will also get a chance to get himself in better shape, where he can compete healthy on a daily basis without the worry of injury.

Sano’s roster spot will be filled by long time Minnesota Twin Joe Mauer, who will be coming off the disabled list on Friday. Mauer has been on the sidelines since late may, when he sustained concussion like symptoms that forced him to the sidelines.

Join us on Telegram to get even more free tips!
« MLB Wants Harper In Home Run Derby
Yankees Have Something Special In Gleyber Torres »
SportingPedia covers the latest news and predictions in the sports industry. Here you can also find extensive guides for betting on Soccer, NFL, NBA, NHL, Tennis, Horses as well as reviews of the most trusted betting sites.
MLB Betting Tips, Predictions and Odds 241