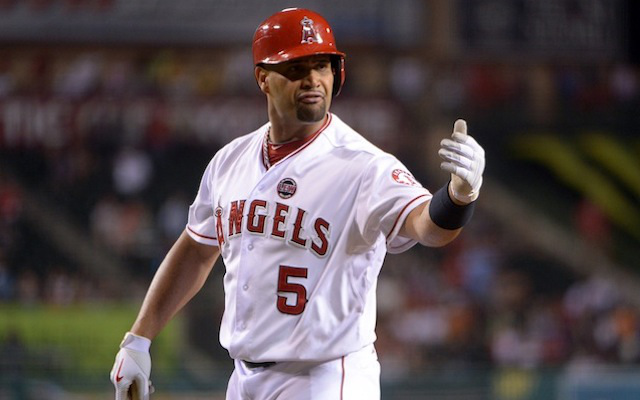 The loss of these players will without a doubt affect the Angels, who were already hampered by several key injuries this year. Just last week, the Angels sent Shohei Ohtani to the 10 day DL with a grade 2 ulnar collateral ligament tear in his right elbow. Ohtani is a two way player that pitches and plays designated hitter for the Angels. The 23 year old underwent platelet rich plasma injections with the hopes of preventing season ending Tommy John Surgery.

In addition to Ohtani hitting the DL last week, the Angels also sent their shortstop Andrelton Simmons to the 10 day DL. Simmons has been the Angels everyday shortstop and the loss will affect their lineup going forward. Simmons is nursing a ankle injury that has prevented him from running. There is no timetable on when Simmons will return but it may not be for quite some time due to the fact that he hasn’t been able to run as of Friday.

With the most recent injuries, the Angels will most likely get busy with trying to obtain some members of their pitching staff. Tropeano is dealing with a shoulder injury but the Angels haven’t released much more information that calling it “Shoulder inflammation”. Tropeano is 3-4 on the year in 10 starts and has a 4.83 ERA.

Garrett Richards pitched on Wednesday Night and lasted just two innings, before coming up with left hamstring tightness, that caused him to go on the DL. Richards is slated to get an MRI on his thigh on Thursday to determine the seriousness of the injury.

The Angels Zack Cozart also left Wednesday’s game with a strained left shoulder. Cozart was placed on the 10 day DL after attempting to make a diving catch at shortstop. Cozart said that he thinks he popped the shoulder out a little bit and was uncertain the level of damage that was done to the shoulder during the play. He is hitting .219 on the season in 58 games with 5 home runs and 18 RBI’s.

Jim Johnson was also placed on the DL for the Angels. Johnson is dealing with a back injury that could put him out for several more days. He will be eligible to come off the DL next weekend but these type of lower lumbar strains usually take some extra time to completely heal. Johnson is 2-2 on the season over 34.3 innings and has a 3.93 ERA. He has struck out 31 batters while only walking 13.

Join us on Telegram to get even more free tips!
« Yankees Have Something Special In Gleyber Torres
Baltimore Orioles Bench Their Most Expensive Player »
SportingPedia covers the latest news and predictions in the sports industry. Here you can also find extensive guides for betting on Soccer, NFL, NBA, NHL, Tennis, Horses as well as reviews of the most trusted betting sites.
MLB Betting Tips, Predictions and Odds 241