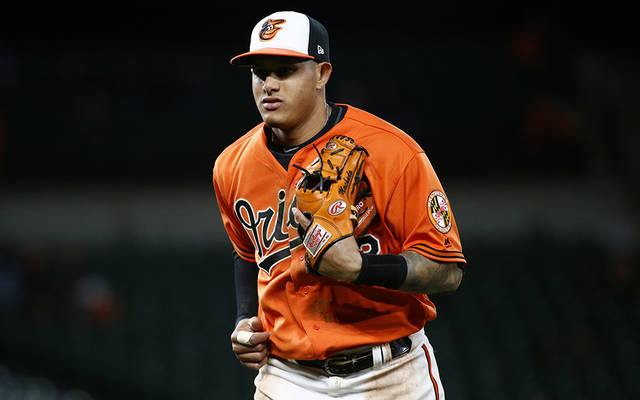 The Baltimore Orioles have struggled in every facet of the game this year and their really is no light at the end of this long tunnel. On Saturday, the Orioles lost their 9th game in a row, to the team that was expected to be the worst in the majors, the Miami Marlins. The Orioles will be looking to prevent their losing streak stretching to 10 games and stopping the Marlins from breaking out their brooms and sweeping the three game series with the Orioles.

The O’s have been sort of distracted by the speculation of what will happen with Shortstop Manny Machado. Machado has been the talk of the organization since the end of last year, when owner Peter Angelos stated that the Orioles would not spend the money to retain Machado in Baltimore. The Orioles organization is looking to trade him prior to the end of the season so that they can get something in return for the All-Star Shortstop.

Additionally, there has been some recent talks of Orioles Manager Buck Showalter and possibly even VP of Baseball Operations, Dan Duquette. For Showalter, it is a simple decision because he is in the final year of his contract and terminating him now, would give the Orioles new manager the ability to retain players he feels he can succeed with. For Duquette, the writing’s on the wall. Former LA Dodgers GM Ned Colletti has reportedly interviewed with the Baltimore Orioles for a executive position, which could be the obvious replacement for Duquette.

The Orioles are on the verge of a complete full blown rebuilding phase, which includes riding the team of Machado, as well as veterans Adam Jones and Zach Britton. The O’s will be looking to rebuild the team from the inside out, meaning they will look to groom the players that they have on roster into starters and fill the gaps with players they will pick up in trades for the seasoned veterans.

The O’s will look to snap the losing streak Sunday at home against the Marlins. They will send their ace Dylan Bundy to the mound for his 15th start of the year. Bundy will be looking for his 5th win of the season, when he faces the Miami Marlins on Sunday.

The O’s will play this game on Sunday at home in Orioles Park in Camden Yards before heading out on a six game road trip against the Washington Nationals and Atlanta Braves, both first place teams that are battling for the top spot in their respective divisions.

Join us on Telegram to get even more free tips!
« Houston Astros Win 10th Straight Game On Saturday
Longoria To Have Surgery, Miss 6 To 8 Weeks »
SportingPedia covers the latest news and predictions in the sports industry. Here you can also find extensive guides for betting on Soccer, NFL, NBA, NHL, Tennis, Horses as well as reviews of the most trusted betting sites.
MLB Betting Tips, Predictions and Odds 241