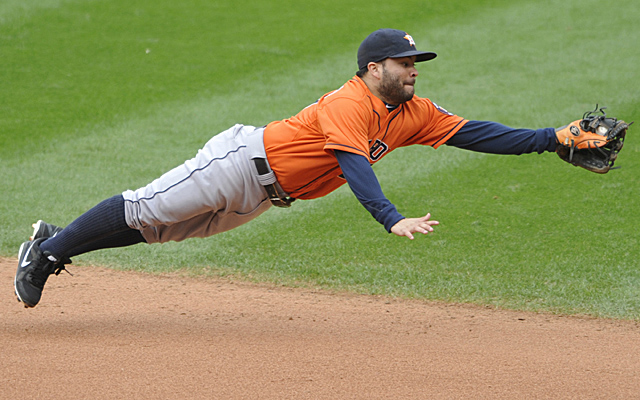 The Houston Astros won the World Series last year and are positioning themselves in a spot where they can defend their World Championship in 2018. On Saturday, they won their 10th consecutive baseball game in a row, defeating the Kansas City Royals by the score of 10-2. The Astros are one win away, on Sunday, from sweeping the Royals, which will be their third consecutive sweep.

Dallas Keuchel was the winning pitcher for the Astros on day, pitching six shutout innings and allowing six hits in the game, earning the win over the Royals. The win was just the 4th on the year for Keuchel, who has had his struggles in 2018. Keuchel is now 4-8 on the season and the win was his first since May 13. Keuchel had a lot of success keeping the ball on the ground on Saturday, with twelve of the thirteen outs recorded by Keuchel being ground ball outs.

The Astros have really played well across the board most recently, hitting .265 as a team, which is the best in the American League. They are led at the plate by Jose Altuve, who has turned into one of the best second basemen in the game. Altuve is hitting .337 on the year and has an On Base Percentage of .387.

The Astros have scored the most runs in the American League with 366. George Springer leads the way for Runs with 52 on the team and he also has hit 14 Home Runs on the season. Springer is slugging .498, while Evan Gattis has drove in the most runs on the team with 46 RBI’s.

If you simply look at the last two series between the Astros and the Athletics and Royals, you find that the offense is really piling on the runs each and every game. In the two games with the Royals, they have scored 17 runs. In the three game series with the Athletics, they scored 26 runs. This offense is really hitting the ball well and making it easy on their pitching, which is ranked #1 in the American League for team ERA.

The Astros pitching staff is posting a very impressive 2.94 ERA. They are anchored by Justin Verlander, who is 9-2 on the season with a 1.61 ERA. He has the lowest ERA in the American League and is sitting third in the American League for wins behind Washington Nationals Ace Max Scherzer and Cleveland Indians Ace Corey Kluber, who both have 10 wins.

Lance McCullers will try to extend the win streak on Sunday for the Astros. McCullers is 8-3 on the season with a 3.83 ERA. McCullers won two out of his last three starts, going 2-0 against the Boston Red Sox and the Oakland Athletics, while pitching six innings in a no decision against the Seattle Mariners.

Join us on Telegram to get even more free tips!
« Baltimore Orioles Bench Their Most Expensive Player
Baltimore Orioles Losing Streak At 9 Games »
SportingPedia covers the latest news and predictions in the sports industry. Here you can also find extensive guides for betting on Soccer, NFL, NBA, NHL, Tennis, Horses as well as reviews of the most trusted betting sites.
MLB Betting Tips, Predictions and Odds 241