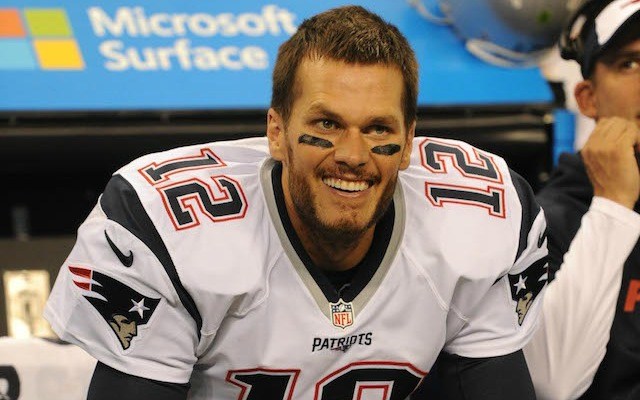 In a recent interview with Oprah Winfrey, that is expected to air on Sunday on OWN, Brady hinted at the fact that retirement may be approaching as he would like to spend more time with his family. Brady stated in the interview that he would like to spend time with his kids, who have “brought a great perspective in my life”. Brady stated that he thinks about retiring much more now than he ever has and can see the end coming sooner, rather than later.

Each year that he has been asked, Brady seems to change his opinion on when he will retire. Last year, when Brady was asked about the timeframe in which he wanted to retire, he stated that he would play into his mid 40’s. He stated that would basically play well into his 40’s, permitting he still feels good enough to play. The expectations of Brady playing into his mid 40’s would mean that we still have four of five more good years with the Patriots quarterback but as the sands in the hourglass turn over with time, the body doesn’t heal as fast and finding a way to spend more time with his wife, Brazilian Supermodel Gisele Bundchen, and their children, may seem like a much more appealing move than getting tackled by 300 lb Defensive Linemen on a weekly basis in the NFL.

His wife has admittedly has stated in the past interviews that she tried to talk Brady into retirement after the Patriots pulled off a remarkable come from behind victory in Super Bowl LI over the Atlanta Falcons. Gisele has stated that when she first began dating Brady in 2006, he stated to her that he intended on playing football for ten more years and winning at least one more Super Bowl. Brady is well past his ten year mark and has since won two more Super Bowl Rings and competed in five more Super Bowl games.

Earlier this year, Brady was also interviewed and in that statement, Brady stated that he would like to secure two more Super Bowls prior to retiring. That leads one to believe that he may be talking with his family and friends, close to Brady, about cutting his career much shorter than the original 45 years old statements that he has made in the past.

Brady has recently, within the past 2 years, launched his new peak performance website TB12Sports.com and has began expanding the business. He has also launched a book, that has reached #1 on the New York Times Best Sellers list. Brady looks to have already began to set himself up for the future and taking on other endeavors for his post-football career.

Join us on Telegram to get even more free tips!
« Raiders New WR Could Miss Time For Violating Substance Abuse Policy
Odell Beckham Jr Will Not Hold Out For NFL Contract »
SportingPedia covers the latest news and predictions in the sports industry. Here you can also find extensive guides for betting on Soccer, NFL, NBA, NHL, Tennis, Horses as well as reviews of the most trusted betting sites.
NFL Betting Tips, Predictions and Odds 332