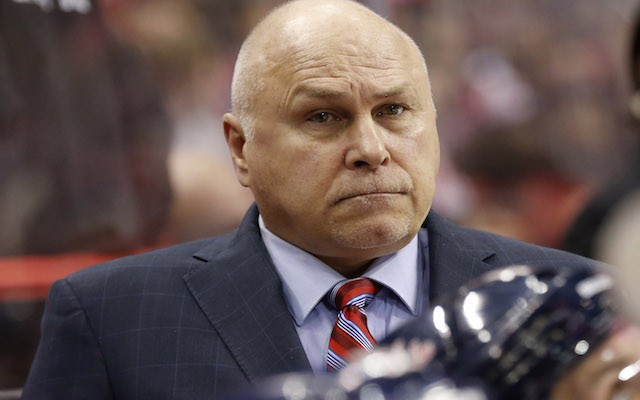 Less than two weeks ago, the Washington Capitals won the Stanley Cup but the joy and excitement in the Nation’s Capital winning the prestigious trophy has come to a crashing halt as head coach Barry Trotz has resigned from his position with the team.

Trotz stated on Monday “After careful consideration and consultation with my family, I am officially announcing my resignation as head coach of the Washington Capitals. When I came to Washington four years ago, we had one goal in mind and that was to bring the Stanley Cup to the nation’s capital. We had an incredible run this season culminating with our players and staff achieving our goal and sharing the excitement with our fans. I would like to thank Mr. Leonsis, Dick Patrick and Brian MacLellan for giving me the opportunity to be a part of this great organization. I would also like to thank our players and staff who worked tirelessly every day to achieve our success.”

The Capitals organization released a statement stating that they were disappointed with Trotz decision and thanked the former head coach for everything that he has done in four years as the head coach of the Washington Capitals. The Capitals attributed their recent success to Trotz leadership, character and integrity and publicly thanked him for all that he has done for the organization.

Trotz spent the past four years as the Capitals head coach and came into this year with plenty of questions surrounding his status with the organization. General Manager Brian MacLellan refused to give Trotz a extension on his contract at the beginning of the season and that may have played a role in his departure.

Many people believed that Trotz would venture out and explore the free agency market if he did not win the Stanley Cup, especially knowing that he would not be offered a extension from MacLellan and the Capitals. That being said, Trotz had a clause in his contract that stated if he won the Stanley Cup, an automatic two year extension would take effect but the value of that contract was well below the going market value for a Stanley Cup winning head coach in the NHL.

Trotz is 55 years old and has been very successful in his head coaching career. In Washington, he took the Capitals to the playoffs in each of his four years and won the Presidents’ Trophy in the 2015-2016 and 2016-2017 seasons. The career is culminated by this past Stanley Cup Championship, which was the first for the Washington Capitals organization.

Join us on Telegram to get even more free tips!
« Most Washington Capitals Are Eager To Go To White House
Stanley Cup Winning Coach Signs With NY Islanders »
SportingPedia covers the latest news and predictions in the sports industry. Here you can also find extensive guides for betting on Soccer, NFL, NBA, NHL, Tennis, Horses as well as reviews of the most trusted betting sites.
NHL Betting Tips, Predictions and Odds 800