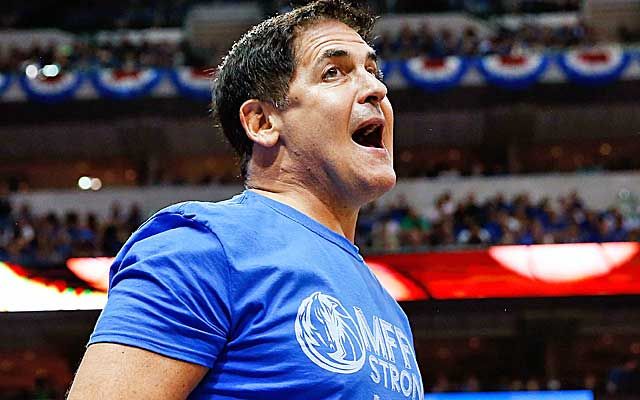 The Dallas Mavericks have not been competitive over the past few years, failing to make the playoffs in the past two seasons and going 2-8 in the last 10 playoff games that they have made, in 2015 and 2016. They are expected to be one of the higher spending teams in the offseason free agency market and will try to land one of the bigger stars available in this year’s free agency pool.

The NBA Draft is Thursday Night and the Mavericks are expected to steer clear of drafting a Center with their 5th overall pick, as they will attempt to land Center DeMarcus “Boogie” Cousins through free agency. Cousins will be one of the most sought after Centers this season, in addition to the likes of Clint Capela and DeAndre Jordan. Cousins has stated that he is leaving all options on the table and one of them is resigning with the New Orleans Pelicans.

Cousins was limited in the 2017-2018 season but the Pelicans still were able to go on to the second round of the NBA Playoffs. Many feel that had Cousins been able to play in the playoffs, the Pelicans would have been able to compete with the Golden State Warriors and potentially advance with the formidable front court of Cousins and Anthony Davis. Cousins went down with a achilles tendon injury that ended his season and placed him on the sidelines to end the season.

Cousins is a 8 year veteran of the league, getting drafted in the first round with the #5 overall pick in the 2010 draft by the Sacramento Kings. He is 27 years old and has spent time with the Kings and the New Orleans Pelicans in his career. Cousins is a four time All-Star and a two time All-NBA Second Team player.

The Mavericks may be in the best position to dish out some money this offseason as they have upwards of $30 million dollars in cap space available to work with. Cousins would be a much needed rebounded force in Dallas and also contribute to scoring, as they have lacked in recent years. The Mavericks will retain Harrison Barnes and Dennis Smith Jr, and if they were to be able to land “Boogie”, they would have a very good frontcourt available to score from many places on the court.

The Mavericks are deep into a rebuild and over the past two years, have stockpiled young talent. Now, they will look to find the veteran leaders of the team, one of which may end up being “Boogie” Cousins. With Cousins to dominate the ball in the paint and potentially lead the team in scoring efficiency, this may be what the Mavericks need to get them back into the playoff hunt in the NBA.

Cousins wouldn’t be able to sign with the Mavericks, or any other team until July 1st, when the free agency market opens. The free agency market doesn’t need to be open for the writing to be on the wall. If we find that the Mavericks pass on the likes of Mo Bamba, Marvin Bagley and Jaren Jackson, then it is a safe assumption that they will go all out on landing Cousins at the start of free agency.

Join us on Telegram to get even more free tips!
« Cavaliers Won’t Shop Kevin Love
NBA Draft Top 5 Selections Fall As Expected »
SportingPedia covers the latest news and predictions in the sports industry. Here you can also find extensive guides for betting on Soccer, NFL, NBA, NHL, Tennis, Horses as well as reviews of the most trusted betting sites.
NBA Betting Tips, Predictions and Odds 1371