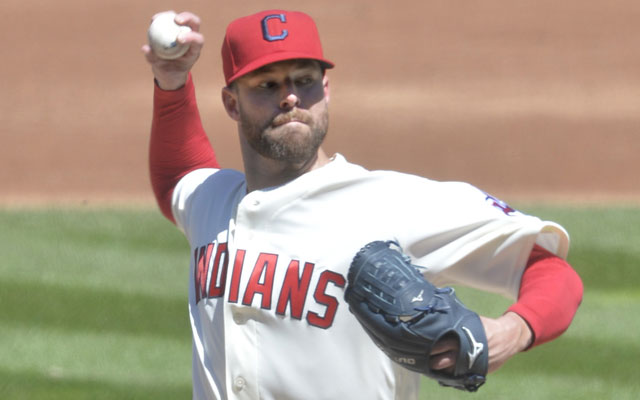 The Cleveland Indians ran their win streak to 4 games on Wednesday and in the process, earned Pitcher Corey Kluber his 11th win of the season. Kluber became the first pitcher in the majors to record 11 wins on the 2018 season. The Indians blanked the Chicago White Sox 12-0 on Thursday for their 40th win of the year.

The Indians now have a 40-33 record and are 7 games above .500. Kluber went seven innings and only gave up one hit in the game. Kluber struck out seven batters and only walked one in the game. The only hit that Kluber gave up was a single in the second inning to Omar Narvaez.

Both Jose Ramirez and Jason Kipnis both went long in the game, hitting three run homers each in the game. The Indians scored in five of their eight innings at the plate. Their offense has really begun hitting the ball well and they are making it fairly easy on their pitching staff, as they are scoring runs that need two hands to count. The Indians have won 17 of their last 21 games overall against Chicago at home, including two series sweeps of the White Sox this year.

With the win, the Indians pulled off the three game sweep of the White Sox. They are now in first place in the American League Central Division and have a five game lead over the second place Detroit Tigers. The Indians will now host the Detroit Tigers for a three game set of games before going on the road for their next three series against the St. Louis Cardinals, Oakland Athletics and Kansas City Royals.

Kluber is the reigning Cy Young Award winner for 2017 and is on his way to repeating as the most dominant pitcher in the American League. Kluber won the Cy Young in 2014 and 2017 and was the American League ERA leader last season. He is a eight year veteran in the league and is sometimes overshadowed by the likes of Max Scherzer, Chris Sale and Clayton Kershaw.

Kluber is now 11-3 on the year with a 2.10 ERA. Kluber has struck out 113 batters and has only walked 12 all year long. Kluber’s control is phenomenal this year. His opposition is barely able to make connection with the ball and those that don’t get struck out, end up getting overpowered by the righty. Kluber has been steady all year and even in the games he has lost, he has still pitched well, making minor mistakes that ended up costing him a loss.

This start was a nice bounce back for Kluber after he chalked up his 3rd loss of the year in his last outing against the Minnesota Twins. In that game, Kluber went five innings and gave up four hits and four earned runs in the game, where the Twins beat the Indians and Kluber by the score of 6-3. Kluber’s next start should come next week against the St. Louis Cardinals.

Join us on Telegram to get even more free tips!
« Giants Closer Breaks Hand Punching Door
Cardinals Pitcher Michael Wacha Headed To DL »
SportingPedia covers the latest news and predictions in the sports industry. Here you can also find extensive guides for betting on Soccer, NFL, NBA, NHL, Tennis, Horses as well as reviews of the most trusted betting sites.
MLB Betting Tips, Predictions and Odds 241