Tampa Bay Bucs QB Expects Suspension To Be Handed Down 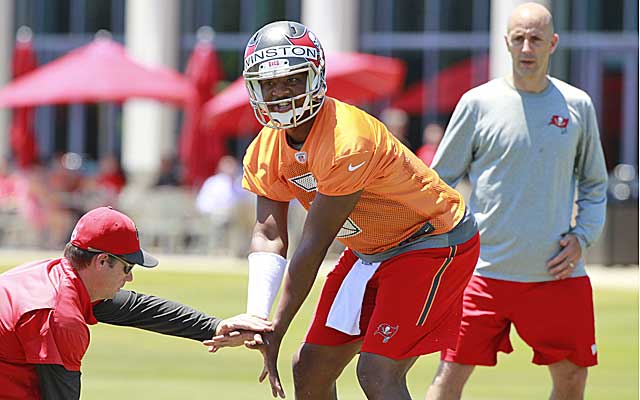 Tampa Bay Buccaneers Quarterback Jameis Winston is expecting a suspension at the conclusion of the investigation into his incident with a Uber driver, who stated that Winston groped her while transporting the Buccaneers starting QB. The investigation into the incident is still currently active and no decision has come out of the NFL as of the date of this release.

The incident stems from an Uber driver claiming that she picked the Tampa Bay QB up in downtown Scottsdale, Arizona in the early morning hours of March 13, 2016. She stated that Winston began yelling at people walking down the street and using homophobic slurs while she was driving. She also stated that he “reached over and he just grabbed my crotch.” The Uber driver stated that he held his hand there for several seconds, before she asked him why he was doing that.

She stated that she was “Frozen” by Winston’s actions due to his overwhelming size and physical presence. The Uber driver filed an official complaint with Uber and has since resigned her position with the company. She has stood by her statement that she is not doing this for money, she mainly wants to make certain that no other female will have to endure the fear that she had to live with while driving the Tampa Bay QB. She has stated that he is not safe for other Uber drivers to be around and since this incident, Winston has been banned from using Uber.

It should be noted that this isn’t Winston’s first run in with sexual assault and could be viewed as such from the NFL. Winston was accused of rape from a 2012 incident where he was never prosecuted or disciplined due to the fact that he settled the incident prior to court, which resulted in the charges being dropped.

On Wednesday Night, information coming out of Tallahassee, Florida states that Winston and his agent is expecting and prepared for a suspension resulting from the conclusion of the investigation. The suspension would be a maximum of three games but most believe would end up being just one game.

ESPN’s Tallahassee radio host Jeff Cameron reported that “The thought from the Winston Camp is that would be a maximum of three games. I do not know at this time whether or not they play to appeal, and I do not know that three games is an accurate number. I’ve been told that would seem to be the maximum number of games that the suspension could be. It’s also likely that it’s less than that and it’s one game.”

The actual suspension at the conclusion may not necessarily be because of the findings in the investigation but more so over the amount of time it took for the alleged incident to come in the light of the NFL. The incident took place in March of 2016 but wasn’t reported until November of 2017.