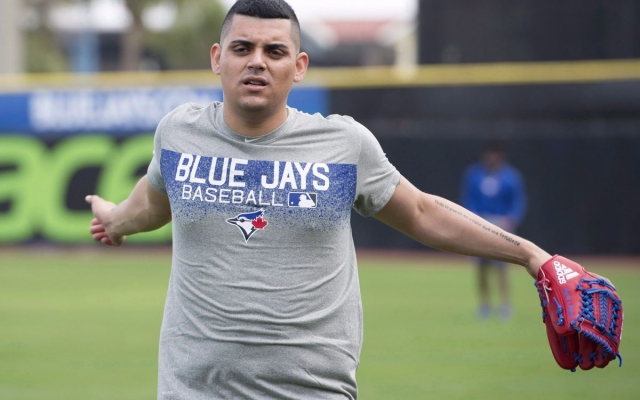 Major League Baseball handed down their final result of their investigation into an assault charge on Toronto Blue Jays Pitcher Roberto Osuna and the findings for the Blue Jays Pitcher was not favorable. MLB placed a 75 day suspension on Osuna following the investigation into his arrest in May of this year. Osuna has been ineligible to play for many weeks now but the question remained how long the suspension would last.

On Friday, those answers were resolved with a statement released by MLB Commissioner Rob Manfred that read as follows:

My office has completed its investigation into the allegation that Roberto Osuna violated Major League Baseball’s Joint Domestic Violence, Sexual Assault and Child Abuse Policy on May 8, 2018. Having reviewed all of the available evidence, I have concluded that Mr. Osuna violated the Policy and should be subject to the discipline in the form of an unpaid suspension that will expire on August 4.”

The details of this case are very concealed and have not been made public. The only real information that has been released is the fact that Constable Jenifferjit Sidhu confirmed that Osuna has been charged with an assault, involving a woman on or about May 8. It is suspended that this case is part of a domestic violence charge however that information has not been disclosed.

Immediately upon being arrested, Major League Baseball placed Osuna on a paid administrative leave for seven days. From that point in time, the Toronto Blue Jays have kept Osuna on the sidelines anticipating that a suspension would be soon following. Earlier this week, MLB again placed an extension on his administrative leave through Sunday of this week.

Osuna’s Attorney Domenic Basile appeared in court on Monday and advised that his client intended on pleading not guilty to all charges placed against him. Osuna has stood firm in his innocence and plans to defend these charges at a later court date. His next court appearance will be on July 9 in Toronto, Canada.

This suspension is the longest given out during the Manfred Administration under the Domestic Violence Policy. The prior suspension that was the longest was Jose Reyes, who was suspended for a total of 51 games. Osuna has decided not to appeal the MLB’s decision and will begin serving the suspension immediately. While Osuna has been out, Ryan Tepera has served as the closer for the Toronto Blue Jays. Tepera is 4-2 on the season in 35 appearances on the mound. He has a 2.70 ERA and has recorded 5 saves on the year.

Osuna was 0-0 on the year with a 2.93 in 15 games. He had recorded 9 saves on the year, while striking out 13 batters and only walking 1. Osuna only allowed 5 earned runs in his 15.1 innings on the mound for the Blue Jays. Osuna has only been in the league for 4 years and is originally from Juan Jose Rios, Sinaloa, Mexico. Osuna will not be eligible to return until August 5, 2018, pending the final court proceedings.

Join us on Telegram to get even more free tips!
« Bryce Harper Will Participate In Home Run Derby If He Makes All
Former Boston Red Sox Player Under Investigation By Feds »
SportingPedia covers the latest news and predictions in the sports industry. Here you can also find extensive guides for betting on Soccer, NFL, NBA, NHL, Tennis, Horses as well as reviews of the most trusted betting sites.
MLB Betting Tips, Predictions and Odds 241