Capitals Trade Grubauer and Orpik To Avalanche For 2nd Round Pick 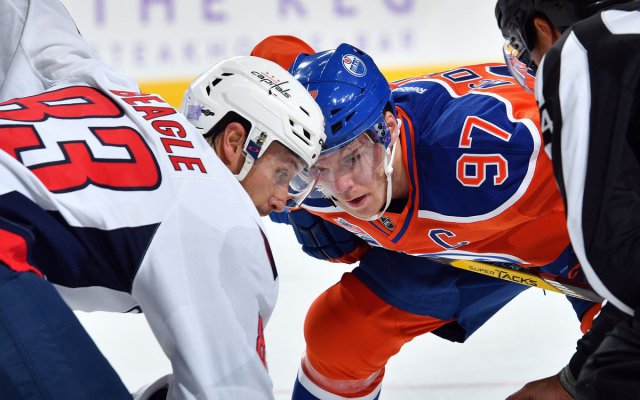 The Washington Capitals were looking to find a way to free up some money to spend in the summer and prior to the NHL Draft, they found their option. The Capitals sent Goaltender Philipp Grubauer and Defenseman Brooks Orpik to the Colorado Avalanche in exchange for the 47th overall selection in the NHL Draft. The Capitals originally felt that they would be able to lock down a 1st round draft pick for Grubauer but settled for a second-round pick due to the fact that they could rid themselves of Orpik’s cash-heavy salary cap hit.

Grubauer is 26 years old and will most likely find himself as a backup goalkeeper in Colorado. Semyon Varlamov is the starting goalie for the Avalanche but they will use Grubauer as their backup, for spot starts. Grubauer was decent last year, posting a .923 save percentage in 35 games on the ice for the Washington Capitals. Grubauer went into the postseason as the Capitals starting goalkeeper for the first two games of the postseason but was then replaced by Braden Holtby.

Brooks Orpik is 38 years old and coming up on the final years of his career. By getting rid of Orpik, the Capitals free up close to $5.5 million dollars in cap space, which will help them potentially keep veteran defenseman, John Carlson. Saving Carlson is the Capitals #1 goal of the offseason, besides hiring a new Head Coach. Carlson was on the ice almost 25 minutes per game last year, with 15 goals and 68 points in the regular season.

The Capitals now have more than $21 million dollars in cap space, which will provide them the needed room to sign Carlson, as well as other potential free agents. The salary cap for 2018-2019 NHL Season is $79.5 million dollars, which is an increase of $4.5 million dollars from this year. Capitals Management met with Carlson’s agent prior to the draft and it is believed that he will be looking to lock down a contract over the next eight years that will compensate him with $64 million dollars.

Grubauer and Orpik had been members of the Capitals since 2014. They both came on board the same year that Barry Trotz took over the Head Coaching position in Washington, and both leave in the same year that Trotz departs. Earlier this week, Trotz announced that he was resigning as the Head Coach of the Washington Capitals to seek a larger contract. On Thursday, Trotz signed a contract with the New York Islanders for a reported five years and somewhere in a vicinity of $4 million dollars per year annually.

Trotz departed due to the fact that he felt he was underpaid, after winning the Stanley Cup with the Capitals. If Trotz would have stayed in Washington, he would have earned a $300,000 pay raise, which would of brought his annual compensation to nearly $2 million dollars per year. That won’t be an issue now as Trotz signed with the Islanders three days after resigning from the Capitals and basically doubled his annual salary.

Join us on Telegram to get even more free tips!
« Stanley Cup Winning Coach Signs With NY Islanders
Tavares Is Going Home To Leafs »
SportingPedia covers the latest news and predictions in the sports industry. Here you can also find extensive guides for betting on Soccer, NFL, NBA, NHL, Tennis, Horses as well as reviews of the most trusted betting sites.
NHL Betting Tips, Predictions and Odds 800