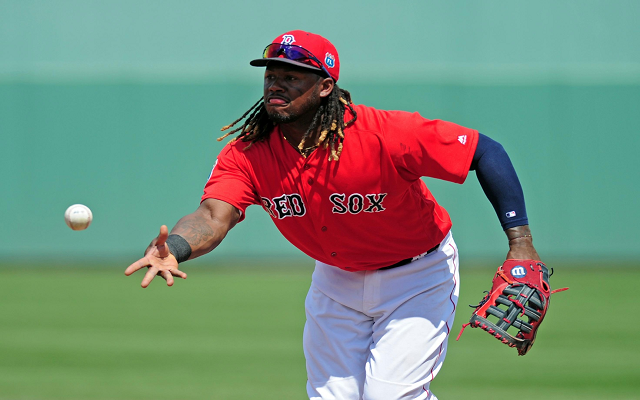 Former Boston Red Sox Outfielder Hanley Ramirez has found himself in the middle of a criminal investigation that could potentially seal his fate on a return to baseball. Ramirez was released on June 1 after being designated for assignment on May 25. Boston had no choice but to release the longtime Red Sox or they would have been responsible for paying Ramirez $22 million dollars for the 2019 season.

Ramirez was hitting .254 with six home runs and 29 RBI’s in 44 games this year as the Red Sox Designated Hitter and First Basemen. His numbers weren’t hateful but he was struggling towards the end of May, hitting just .163 in the entire month of May.

The Boston Red Sox have said that his release is totally unrelated to the current pending federal probe that is being conducted into Hanley Ramirez and a drug distribution ring. The investigation began when a subject was stopped by law enforcement officials and a large number of drugs were confiscated from the vehicle stop. During the vehicle stop and investigation, the subject who was inside the vehicle placed a FaceTime phone call to Hanley Ramirez.

The subject claimed that several items within the confines of the vehicle belonged to Ramirez and he wanted to make sure that Ramirez had the ability to pick up his personal property. Inside the vehicle, police located 435 grams of fentanyl and a large amount of cocaine. This investigation has now been turned over to federal authorities to continue the investigation. The suspect that was arrested for the contraband within the vehicle, is a known accomplice to a well-known drug distribution ring.

The Boston Red Sox have stated once again that the decision was 100% a baseball operations decision and had nothing to do with the pending investigation. The ironic part of the statement is since his release, Ramirez has had no interest from other teams. He is a .290 career hitter that has 269 home runs in his career. He averages 26 home runs per year and you would think that a team that needs an added power bat in their lineup would have jumped on the 2009 NL Batting Champion.

There is no information currently that says that Ramirez is a suspect or has any involvement into the investigation other than ABC News Journalist Michele McPhee’s stating that Ramirez is “Being eyed in connection with an ongoing federal and state investigation.” McPhee is widely known as being one of the more credible journalists in the industry and most recently broke the story on the Aaron Hernandez murder investigation.

Join us on Telegram to get even more free tips!
« Blue Jays Pitcher Suspended 75 Games
Clayton Kershaw Returns For Dodgers »
SportingPedia covers the latest news and predictions in the sports industry. Here you can also find extensive guides for betting on Soccer, NFL, NBA, NHL, Tennis, Horses as well as reviews of the most trusted betting sites.
MLB Betting Tips, Predictions and Odds 241