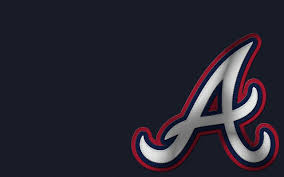 The Atlanta Braves made the decision prior to their game with the Baltimore Orioles on Sunday to send their closer Arodys Vizcaino to the 10-day disabled list. He has been dealing with inflammation in his right shoulder and the injury has prevented him from playing in the past few games. Vizcaino missed the first two games of the series against the Baltimore Orioles, both of which the Braves lost, and the Braves felt the best option for him was to place him on the 10 day DL, dating back to Thursday, June 21. He has not appeared on the mound overall since last Sunday, as he has been dealing with shoulder pain for the entire week. Pain in the shoulder for a pitcher is never a good thing and this very easily could turn into a more serious situation that would require more time off. That being said, it also may just be a situation where he needs some extra rest and the Braves will need to keep a close watchful eye on his workload for the rest of the season when he returns.

Vizcaino has been the Braves top closer in 2018, posting 15 saves in 17 tries. He now has a 2-2 record on the year with a decent 1.82 ERA. The 27-year-old righty has appeared in 30 games this year and in those series of games, has only allowed multiple hits in four games. He has been very effective for the Braves this year and will definitely be missed late in the ballgame.

The Atlanta Braves are in first place in the National League East Division with a 43-32 record in 2018. They have dropped three games straight heading into their game with the Baltimore Orioles and will be trying to avoid the sweep against MLB’s worst team.

The Braves have chosen to pick up the contract on right-handed pitcher Evan Phillips from the Triple-A Gwinnett squad. Phillip has gone 4-4 on the year in 26 games, with a 2.31 ERA. Phillips has been having a very good year in the minors and the Braves organization were trying to figure a way to get him to the big leagues. He has struck out 50 batters over 35 innings and allowed just 14 walks in the year.

The Braves will most likely use AJ Minter in the short term to pick up the save opportunities left open by Vizcaino’s trip to the disabled list.

Join us on Telegram to get even more free tips!
« Texas Rangers Are Open For Fire Sale
Cubs Kris Bryant Misses Second Straight Game »
SportingPedia covers the latest news and predictions in the sports industry. Here you can also find extensive guides for betting on Soccer, NFL, NBA, NHL, Tennis, Horses as well as reviews of the most trusted betting sites.
MLB Betting Tips, Predictions and Odds 241