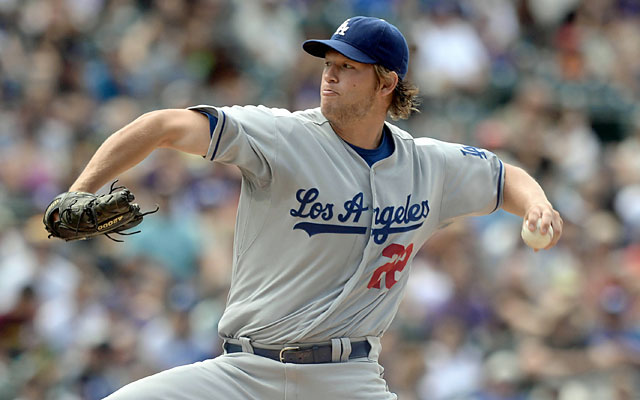 The LA Dodgers pitching rotation has been up and down this year and missing several key parts to their puzzle.  One of those parts, is former three-time National League Cy Young Award Winner and former National League MVP, Clayton Kershaw.  Kershaw has been sidelined with a back injury that has bothered him throughout the year and has limited him to just nine starts. Kershaw went down with a back injury on May 31 and hasn’t returned since.

Kershaw returned to the Dodgers hump on Saturday Night against a familiar foe and fellow dominating All-Star Pitcher Jacob deGrom.  This was a great spot for Kershaw to make his return against a New York Mets lineup that is hitting just .233 on the year, which is the second worst in the majors.

Originally, the Mets would have liked for Kershaw to make a rehab assignment start on Saturday in the minor leagues but rain was in danger of hampering the Triple-A Oklahoma City game and Kershaw’s start and therefore the Dodgers elected to keep him with the big league and give him the start on Saturday Night.

In the first inning, Kershaw looked like his old self.  He was as dominant as could be for a pitcher that has been shelved since May 31.  Kershaw struck out two batters and went 1, 2, 3 in a 12 pitch first inning. Kershaw looked really good, had commanding speed and control and appeared to be back to normal…..or at least that is what the fans thought.

In the second inning, Kershaw gave up back to back doubles to allow one run and then three singles in the third inning and another run, for a total of five hits and two earned runs.  His final stat line was three innings pitched, five hits, two earned runs while striking out four batters and walking just one. Overall, it wasn’t a terrible outing for Kershaw as he will now work on increasing his amount of work.

Kershaw went three innings and threw 55 pitches on Saturday Night.  The Dodgers had planned to allow him to pitch three innings from the start and even if he would have been dominant in his performance, he was still coming out of the game due to not making a rehab start during his recovery process.

An interesting factor worth noting is when Kershaw went out with his injury on May 31, his fastball topped out at around 93.7 mph but on Saturday, his fastball topped out at 92.4 mph in the first inning and his velocity went down from there.  This could be due to the fact that he has not pitched live since the end of May but will be something that the Dodgers organization will monitor closely.

The Dodgers will need Kershaw healthy down the stretch and won’t rush him at this point in his career.  The Dodgers are in second place in the National League West Division and are just 2.5 games back of the Arizona Diamondbacks for the top spot in the division.

Join us on Telegram to get even more free tips!
« Former Boston Red Sox Player Under Investigation By Feds
Texas Rangers Are Open For Fire Sale »
SportingPedia covers the latest news and predictions in the sports industry. Here you can also find extensive guides for betting on Soccer, NFL, NBA, NHL, Tennis, Horses as well as reviews of the most trusted betting sites.
MLB Betting Tips, Predictions and Odds 241