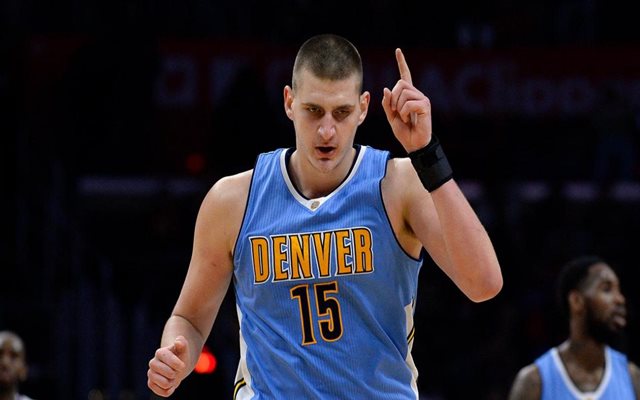 Most of the time in the NBA, when a team declines to pick their option on a player, it is a bad thing for the player but in rare circumstances, it can show that the team values that player and want to lock them in as part of the franchise for the long term. That is exactly what is happening in Denver as the Nuggets are reportedly going to decline their option on Nikola Jokic, with the hopes of renegotiating a contract that will keep the Serbian Center in Denver over the long haul.

The Denver Nuggets option is risky but they are basically secure in knowing that Jokic also wants to play in Denver for the Nuggets organization. By exercising this option, Jokic will become a restricted free agent on July 1, however, he won’t be going anywhere. The Nuggets and Jokic have reportedly agreed in principle to a max contract of five years $146.5 million dollars! For Jokic, this is an enormous pay increase and an olive branch of sorts to show that he is valued and the Nuggets organization appreciates him as a player. His 2018-2019 option to remain in Denver would have compensated him with $1.6 million dollars, which is a far distance away from the new contract that will set him up with a 9 figure payday!

Denver Nuggets President of Basketball Operations Tim Connelly announced that the Nuggets are going to lock up Jokic for the long term and plan on having the 23-year-old in a Denver uniform for a very long time. Connelly told reporters last Thursday on Draft Day that “Nikola’s going to be here for a long, long time” and also stated that “we’re going to ensure he’s here as long as possible.”

Jokic set career highs last year, putting up 18.5 points per game, 10.7 rebounds per game and 6.1 assists per game. Jokic set career highs but also led the Nuggets in nearly every offensive category last year. Jokic has been in the league since 2014 when he was a second-round draft choice with the 41st selection overall. One of the aspects that is most liked with Jokic is the fact that he somehow remains healthy and rarely is injured, even playing the physical Center position. Jokic has played 80, 73 and 75 games in his three-year tenure in the NBA.

Jokic is a constant threat for a triple-double on any given night and has recorded 16 of them over his career with the Nuggets. Jokic will have one of the most interesting players from this years NBA Draft playing beside him, hopefully in 2018-2019. The Nuggets drafted Michael Porter Jr, who many had listed as the #1 prospect coming out of college, however, a lingering back issue has put a lot of fear into many organizations. The Nuggets stepped up and took the risk and if he stays healthy, could pay off dramatically for the Denver organization with Porter, Jokic, Jamal Murray, Gary Harris and Paul Millsap.

Join us on Telegram to get even more free tips!
« Hornets Want Kemba Walker For The Long Haul
Pacers Lance Stephenson Will Enter Free Agency »
SportingPedia covers the latest news and predictions in the sports industry. Here you can also find extensive guides for betting on Soccer, NFL, NBA, NHL, Tennis, Horses as well as reviews of the most trusted betting sites.
NBA Betting Tips, Predictions and Odds 1346