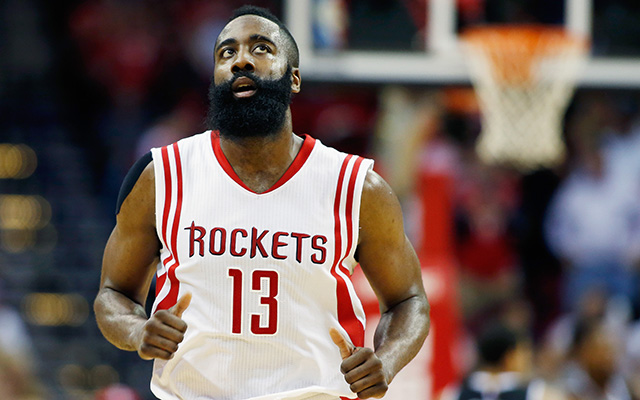 The NBA had their awards show on Monday Night and the winners were announced in several categories. The premiere award on the evening was the MVP Award, which is given out to the player who the league feels did the most for their team and who had the biggest impact. This year, the candidates were James Harden, LeBron James and Anthony Davis. While you could make an argument for any one of these guys, Harden simply was too strong of a candidate and was named the 2018 MVP.

Harden scored 30.4 points per game, which was more than both James and Davis, and also averaged 8.8 assists per game in the 2018 season. He led the Houston Rockets to the best record in the NBA during the regular season and helped the team secure the #1 seed in the Western Conference Playoff Race. The Rockets jumped out in first place early in the season and never looked back, running the table on the rest of the league.

You could make a legitimate argument that LeBron James has his best year in his career with the Cleveland Cavaliers in 2018 and was more deserving of the award. James averaged 27.5 points per game, 9.1 assists per game and did it all on a team that completely changed their team at the trade deadline. The Cavaliers were the most active team the day of the trade deadline and picked up several young players that they felt could help get them to the NBA Finals.

They were correct in the fact that the team, with James and company, went to the finals but lost 4-0 in consecutive games to the Golden State Warriors. Many believe that this was LeBron’s last year in Cleveland and the award was deserving due to his importance to the team. Without James, this team would have struggled and without a doubt wouldn’t have made it to the playoffs. However, with him, they were pushed to the finals and played competitively throughout the playoffs.

Davis could also have easily come away with the award for his meaningness to his team. Davis came on strong at the end of the year and single-handedly led the Pelicans into the playoffs. The Pelicans lost DeMarcus Cousins due to injury and that forced Davis to step up his game, in order for the Pelicans to get into the playoffs. Davis averaged a double-double on the season, posting 28.1 points per game and 11.1 rebounds per game.

In his acceptance speech, Harden stated that he has gone from winning the Sixth Man Award to the MVP of the league. Harden won the 6th Man Award back in 2011-2012 when he was on the Oklahoma City Thunder.

Join us on Telegram to get even more free tips!
« Pacers Lance Stephenson Will Enter Free Agency
Ben Simmons Wins The NBA Rookie of the Year Award »
SportingPedia covers the latest news and predictions in the sports industry. Here you can also find extensive guides for betting on Soccer, NFL, NBA, NHL, Tennis, Horses as well as reviews of the most trusted betting sites.
NBA Betting Tips, Predictions and Odds 1369