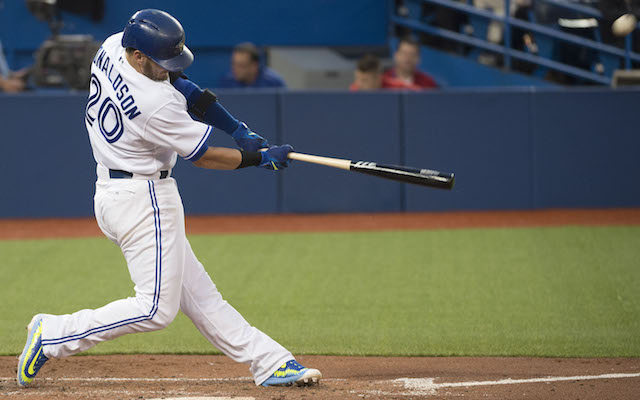 Toronto Blue Jays 3rd Basemen Josh Donaldson may be having the worst year of his career and he has only played in less than half of the Toronto Blue Jays games in 2018. Donaldson was placed on the disabled list back on June 1, 2018, with a calf injury and was in the process of rehabbing the injury on Tuesday, when he re-injured the calf again. Donaldson was originally expected to rejoin the Blue Jays in the coming days after a few minor league games to test out the injury and hopefully get back in a Blue Jays uniform by the end of this week.

Donaldson was fielding grounders in Florida and suffered an acute strain of his calf. The Toronto Blue Jays team doctors will re-evaluate the injury in three weeks. Donaldson has been on the DL for nearly a month and prior to the injury, wasn’t really setting the world on fire at the plate, hitting .234 with five home runs and 16 RBI’s.

This injury couldn’t come at the worst time as the 32-year-old former league MVP is approaching free agency and was expecting to sign one of the larger contracts in the MLB in the offseason. That will be a tough nut to crack now with numerous recent injuries lingering and popping up on Donaldson over the past two years.

The Blue Jays have been trying to use Donaldson as trade bait, expecting they will lose him at the end of the year in free agency to a high dollar contract but now, they may be able to kill two birds with one stone. First and foremost, the Blue Jays are really going to struggle with trying trade Donaldson knowing he has these lingering injuries. No team will take on another team’s problem so the Blue Jays are going to have issues getting anything in return at this point for Donaldson.

On the other side of the spectrum, Donaldson was expected to enter free agency at the end of the season and join Manny Machado, Bryce Harper, Charlie Blackmon and Dallas Keuchel as the top 5 free agents available in the 2019 free agency market. With the recent injuries to Donaldson, he may legitimately fall out of the top 10 spots of potential big scale contracts.

No team will want to lock themselves into an injury-riddled player that is 32 years old and failing to prove himself in his contract year. Donaldson may end up being forced to resign with Toronto at a smaller salary over a shorter term to show that he can still be an asset to whatever team he plays for.

For the Blue Jays, they will still try to part ways with the likes of JA Happ, Justin Smoak, and Marco Estrada. Happ will be a free agent at the end of the season and the Blue Jays feel they can get premium value on the starting pitcher. Smoak and Estrada will be mainly used as trade bait to try to bring in younger talent that the team can build around.

Join us on Telegram to get even more free tips!
« Yankees Sanchez Injures Groin, May Visit DL
Manny Machado Issues Apology For Not Running On Double Play »
SportingPedia covers the latest news and predictions in the sports industry. Here you can also find extensive guides for betting on Soccer, NFL, NBA, NHL, Tennis, Horses as well as reviews of the most trusted betting sites.
MLB Betting Tips, Predictions and Odds 241