Wizards and Clippers Agree To Trade In NBA 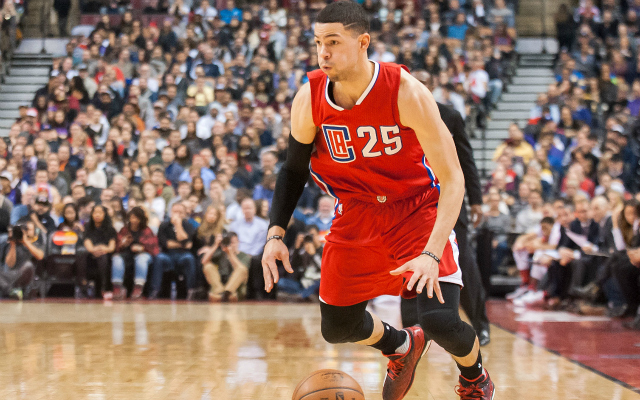 The Washington Wizards have agreed in principle to make a trade on Tuesday that will send center Marcin Gortat to the Los Angeles Clippers in exchange for guard Austin Rivers. This trade may be the writing on the wall in reference to DeAndre Jordan opting out of his contract and entering free agency on July 1. With the Clippers obtaining Gortat, they are in less of a troubled spot if Jordan leaves in free agency, instead of picking up the final year of his contract.

Gortat has one year remaining on his contract and is owed $13.6 million dollars on his current contract. By sending Gortat out of Washington, they will cut off some additional money from their luxury tax bill. It saves them some money in the short term but it really does nothing for their long-term roster because the Wizards will lose Rivers at the end of next season if they don’t resign him, which unless he has an absolutely remarkable season, they won’t!

Gortat will naturally bring a cheaper contract if the Clippers decide to keep him and give him an extension prior to the summer of 2019. Gortat is 34 years old and averaged 8.4 points and 7.6 rebounds per game with the Washington Wizards last year.

Gortat is an 11 year veteran of the league and it appeared that his welcome in Washington wore thin. There is no doubt that Washington is John Wall’s team and he is the face of the organization. With that said, Wall and Gortat have had their issues in the past and have had words in public in the past.

With the additional stress hanging over his head, Gortat sort of talked his way right out of Washington. No organization wants players competing against each other or causing issues for other players on the team, especially when one of those players is the overall face of the franchise.

Rivers took advantage of his player option last week, signing for one more year at $12.7 million dollars in 2019 before turning into an unrestricted free agent in July 2019. Rivers is a talented guard that is coming off one of his best years in the NBA. He averaged 15.1 points per game in 2018 and is a three-point threat that hit nearly 38% in 2018 over 33.7 points per game.

It is anticipated that Rivers will be coming off the bench in Washington but they may find some packages that provide him with increased playing time off the bench. The Wizards need players off the bench that can score points. They were 16th in the league last year, scoring just 35.6 points per game from the bench.

The ironic part for Rivers is with leaving Los Angeles, he will no longer be playing for his father, Doc Rivers. Some people in the league felt that the best thing Rivers could do for his career is to get out from the pressure of playing for his father in the NBA. Time will tell if Rivers can improve his overall play on the court and impress the Wizards enough to offer him a new contract and bring him back after he entertains the free agency market in 2019.

Join us on Telegram to get even more free tips!
« Ben Simmons Wins The NBA Rookie of the Year Award
Kevin Durant To Opt Out Of Contract »
SportingPedia covers the latest news and predictions in the sports industry. Here you can also find extensive guides for betting on Soccer, NFL, NBA, NHL, Tennis, Horses as well as reviews of the most trusted betting sites.
NBA Betting Tips, Predictions and Odds 1379