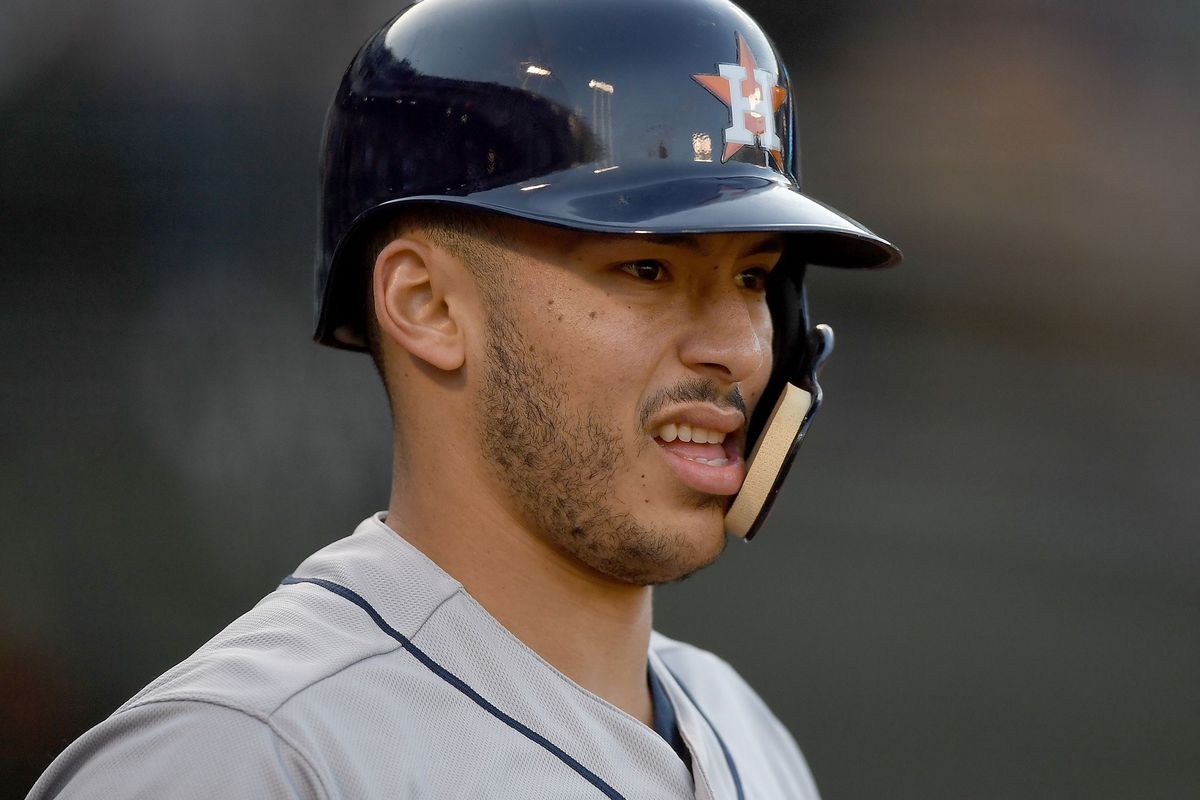 The Houston Astros sent their All-Star Shortstop, Carlos Correa, to the 10 day DL on Thursday, June 28, 2018 due to lingering back stiffness that has forced him to miss the past few games. Astros Manager AJ Hinch stated that Correa had a bit of back stiffness over the past few days and the organization felt it was in the best interest of Correa, to sit him down for a few days and give him time to rest.

The Astros are currently in the midst of a stretch of games where they play 23 games in 24 days. Hinch stated that the team had considered resting certain players during this stretch of games and since Correa had been stiff, they figured it would be in his best interest to just place him on the disabled list and give him two weeks to heal up.

The injury isn’t considered anything serious but Hinch doesn’t want to risk the back stiffness turning into something more serious. The Astros are comfortably in first place and don’t really see the sense in pushing Correa further than necessary and potentially lose him for an extended period of time.

The move appears to be more of a precautionary measure as Hinch stated that they hope to activate Correa for next weekend’s series in Houston when they host the Chicago White Sox. While Correa is on the sideline, the Astros will most likely continue using Outfielder Marwin Gonzalez at Shortstop.

The Astros are in the midst of a four-game stretch against the Tampa Bay Rays, then will travel to Texas for a two-game set against the Rangers, before heading home next Thursday for a four-game series against the Chicago White Sox.

The Astros are hitting .266 as a team, which is the best in the American League, and they have scored the most runs in the American League. This team has a stacked lineup and missing Correa shouldn’t be too traumatic to their lineup. Correa wasn’t leading the team in any of the main offensive categories and there are several other players that can pick up the slack while he is out on the disabled list.

Correa had appeared in 73 games this year and was hitting .268. He had hit 13 home runs and had drove in 49 RBI’s. The 23 year old inhis 4th year in the league, making his pro-MLB debut on June 8, 2015 for the Astros. Correa has a career average of .285 and has hit 79 home runs. The move to place Correa on the DL was backdated to Tuesday, which will make Correa able to be activated on July 6.

Join us on Telegram to get even more free tips!
« Mets Open To Trading Top Pitchers Syndergaard and deGrom
New York Yankees Reclaim First Place »
SportingPedia covers the latest news and predictions in the sports industry. Here you can also find extensive guides for betting on Soccer, NFL, NBA, NHL, Tennis, Horses as well as reviews of the most trusted betting sites.
MLB Betting Tips, Predictions and Odds 241