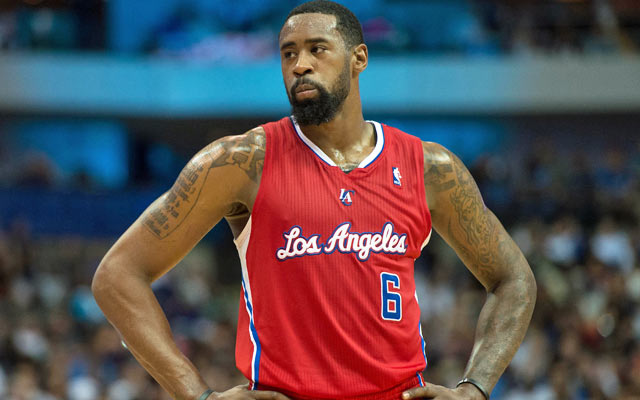 Clippers Center DeAndre Jordan will reportedly opt out of his contract with Los Angeles and will enter free agency. There has been discussion on the future of Jordan in Los Angeles and on Friday Night, it was announced that he will decline the player option, that would have paid him $24.1 million dollars, and he will enter the market as an unrestricted free agent.

One team that has already shown interest in Jordan is the Dallas Mavericks. They have been closely related to the Jordan talks and were hoping to be able to make a trade offer, after Jordan opted into his player contract, to save themselves some money and to free up some cap space. The Mavericks are still expected to go after Jordan and attempt to sign the ten-year veteran Center. The Mavericks have stated that Jordan is their top target in this year’s free agency market.

On Friday, the Mavericks declined the option on Nowitzki but will now renegotiate a deal to keep him in Dallas, while having the ability to free up cap space, which they will use to sign Jordan. With Dirk Nowitzki renegotiating his contract, the writing is on the wall for the Mavericks to make a power move for DeAndre Jordan.

Jordan came into the league in 2008, as a 2nd round draft pick of the LA Clippers. He has spent his entire career with the Clipper organization. DeAndrea was a 2017 NBA All-Star and is one of the more powerful and aggressive Centers in the league. He is just 29 years old and is still in the prime of his career. Jordan has been one of the most reliable players in the NBA over the past three years. Jordan is one of only two players in the NBA, over the past three years, that has averaged at least 12 points, 13 rebounds and 1 block, with the only other player being Andre Drummond.

The Clippers planned ahead for the departure of Jordan, picking up Marcin Gortat in a trade earlier this week with the Washington Wizards. The Clippers sent Austin Rivers to the Washington Wizards in exchange for Gortat, who will now fill the shoes left open by Jordan’s departure. Gortat is not considered as much of a powerful force like Jordan was, but he will be an able replacement.

It certainly appears that this will be one of the busier free agency markets in recent history, which will get underway on Sunday, July 1, 2018, at 12:01 AM ET. All though free agency will start on July 1, players can’t actually sign a contract until 12:00 PM ET on July 6, 2018, due to the NBA moratorium.

Join us on Telegram to get even more free tips!
« Warriors Make Kerr One Of The Highest Paid Coaches In The NBA
Durant Agrees On Short Time Contract To Stay In Golden State »
SportingPedia covers the latest news and predictions in the sports industry. Here you can also find extensive guides for betting on Soccer, NFL, NBA, NHL, Tennis, Horses as well as reviews of the most trusted betting sites.
NBA Betting Tips, Predictions and Odds 1385