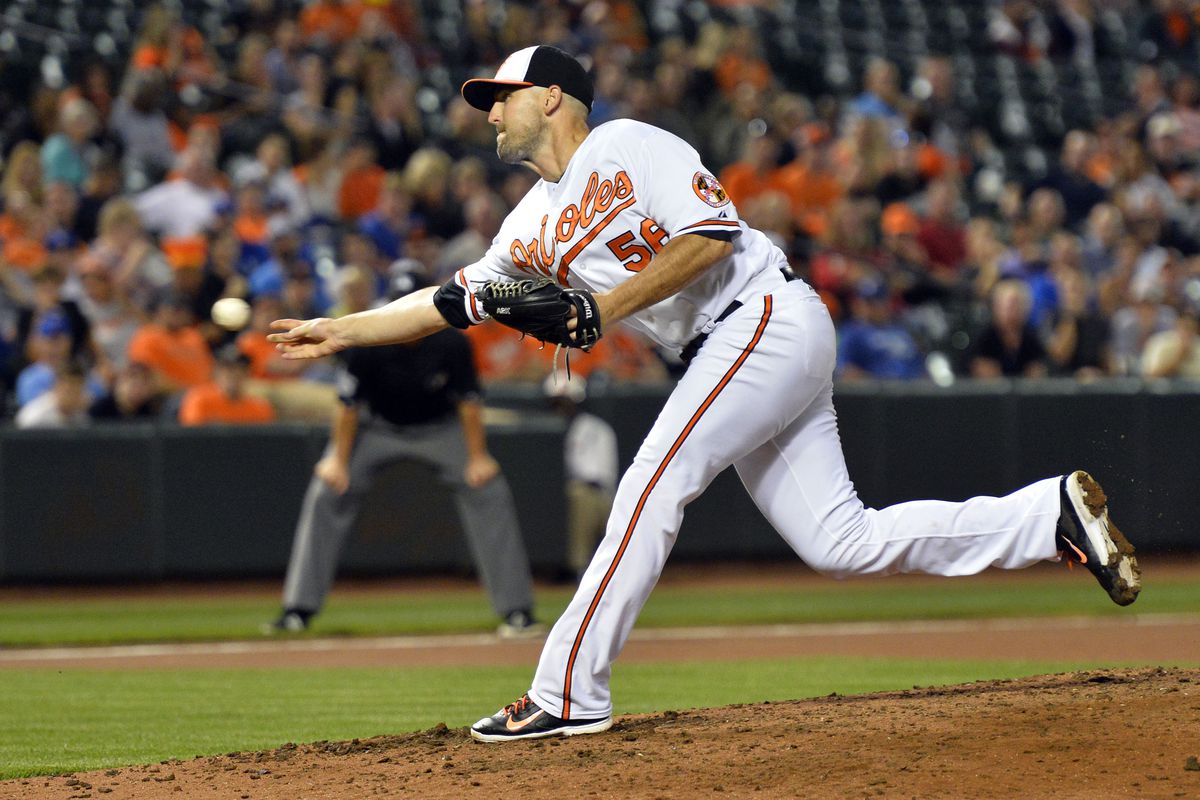 The Baltimore Orioles announced on Saturday that relief pitcher Darren O’Day will require season ending surgery to repair a left hamstring injury. Baltimore Orioles manager Buck Showalter stated that the recovery time will take approximately six months for a full recovery. The other option would have been for O’Day to attempt to rehab the injury, which would of taken 10 to 12 weeks but there is no telling whether or not rehab would actually repair the injury. Showalter stated that surgery is more of a permanent fix and should prevent the injury from reoccurring.

With his recovery time expected around six months, O’Day should be back for the 2019 spring training. The Baltimore Orioles placed Darren O’Day on the 60 day disabled list on Friday, ending his season and creating another void in the Orioles rotation. O’Day is the second Orioles pitcher during the month of June that has opted for surgery to repair a major injury. Earlier this month, relief pitcher Richard Bleier discovered a lat tear that required surgery. Bleier had the surgery in June and his season is officially over.

O’Day is on the downward spiral from his prime, as he is 35 years with his best these behind him. O’Day has been in the league since 2008, when he was drafted by the Los Angeles Angels. O’Day spent one year with the Angels organization before moving on to the East Coast and pitching for the New York Mets. O’Day once again only spent one year with the Mets organization before moving on to the Texas Rangers, where he remained until 2011. The Baltimore Orioles picked up O’Day 2012, where he has pitched ever since

O’Day was a 2015 All-Star for the American League and has a career record of 36-19. O’Day has a ERA of 2.56 and has recorded 572 strikeouts over the course of his career. The Orioles would ideally like to trade O’Day but that may be all but impossible now. O’Day will make $9 million dollars in salary this year and make $9 million dollars again next year, which in essence would be an $18 million dollar contract for next year due to the fact that O’Day will not see any more time this year on the mound. Teams don’t like picking up players with injuries and they especially don’t like picking up players with injuries with large contracts.

Most trades that are made at this time of the year, are made so a particular player can help a team out in the divisional races and potentially the World Series, however that would not be the case with O’Day as his season has come to an end. Therefore his trade value has drastically diminished and he will remain with the Orioles organization for at least this year.

On a good note for the Orioles, starting pitcher Chris Tillman took another step forward in his rehab process, making a start for Triple-A Norfolk. This was Tillman’s third start in the minor leagues, going 5.1 innings, while allowing five earned runs, six hits, three walks and four strikeouts.

Join us on Telegram to get even more free tips!
« New York Yankees Reclaim First Place
Growing List Of Injuries Continue In Los Angeles »
SportingPedia covers the latest news and predictions in the sports industry. Here you can also find extensive guides for betting on Soccer, NFL, NBA, NHL, Tennis, Horses as well as reviews of the most trusted betting sites.
MLB Betting Tips, Predictions and Odds 241