Cubs Use Heat And 20 Hits To Beat Twins 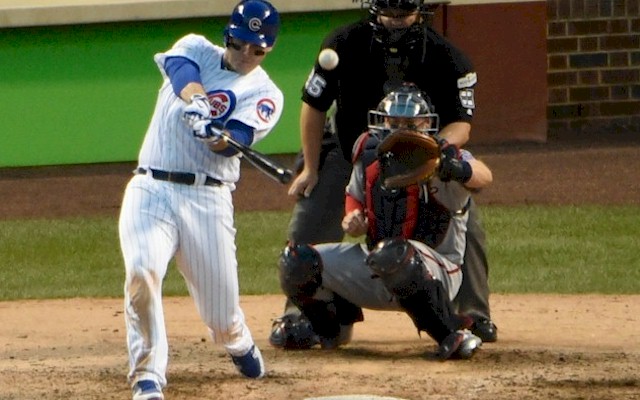 Fans of Major League Baseball games that are packed with offense were treated with a pleasant experience on Saturday, as the Chicago Cubs and the Minnesota Twins posted 23 runs and 31 hits in their matinee game at Wrigley Field in Chicago, Illinois. The Cubs ended up winning the game by the score 14-9 under absolutely scorching heat and sweltering weather.

The game was played with a heat index well over 100 degrees during the midst of the game, and it caused three Minnesota Twins players to exit the game and be treated for heat-related illness. Max Kepler, Eddie Rosario, and Bobby Wilson all left the game early because they felt ill, mainly due to the excessive heat. According to reports, the temperature on the field when Rosario left that game was 96 degrees, however when you add in the temperature and the humidity in Chicago, the actual head index was checking in at 107 degrees!

Chicago Cubs Manager stated that it was the hottest game that he has ever managed in. He stated that the conditions that they played in on Saturday were the worst he has ever experienced in an MLB game in his entire career, which spans back to 1979! The conditions caused all three Minnesota Twins players to leave the game and be treated with IV fluids.

The game was partially stopped when Wilson exited the game. Wilson was walked at the plate, and while he was walking down to first base, he had to rest and take in fluids. Wilson poured water over his head to cool himself down and drank several cups of fluids before running the bases and exiting the game.

The most interesting part of the game is the fact that in a 23 run, 31 hit game, there was only one home run, hit in the game. For Chicago, every single player in the lineup had at least one hit, except Tyler Chatwood, the pitcher. Jason Heyward had a four-hit day and really hit the ball solid on Saturday.

The Chicago Cubs are currently in second place in the National League Central Division. They are just a game and a half behind the Milwaukee Brewers for the top spot in the division. On top of that, they are ahead of their rival, the St. Louis Cardinals, in the NL Central standings by just a few games.

They have really come on strong over the past five games, going 4-1 and scoring 49 runs in five games! They have hit the second most runs in the National League and will be looking to close out a three-game sweep of the Minnesota Twins on Sunday, where the temps are expected to be played again with a triple-digit heat index.

The Cubs will send Jon Lester to the mound on Sunday, and he has been their hottest pitcher over the past month. Lester is 10-2 on the season and won all five of his starts during the month of June. Lester will be looking to carry over his momentum into the month of July and hopefully get some more run support from the Cubs lineup.

Join us on Telegram to get even more free tips!
« Growing List Of Injuries Continue In Los Angeles
Phillies' Vince Velasquez Goes Down With Arm Injury »
SportingPedia covers the latest news and predictions in the sports industry. Here you can also find extensive guides for betting on Soccer, NFL, NBA, NHL, Tennis, Horses as well as reviews of the most trusted betting sites.
MLB Betting Tips, Predictions and Odds 241