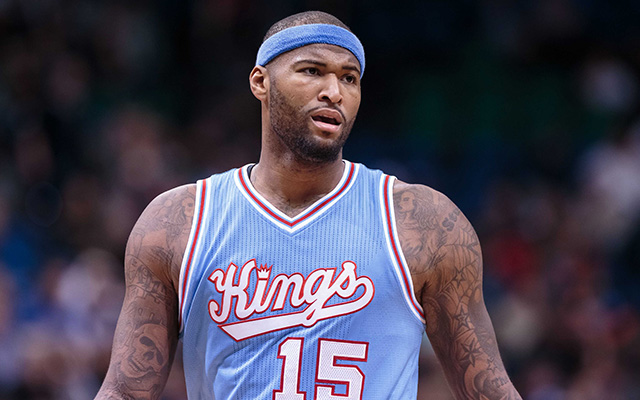 Cousins spent the past year and a half with the New Orleans Pelicans, playing alongside Anthony Davis, but went down last year midway through the season with an Achilles injury. Cousins missed the remainder of the season and the postseason, of which the Pelicans made it to the second round. The Pelicans won in the first round of the playoffs against the Portland Trail Blazers, sweeping them in four games, but lost to the team that “Boogie” will be playing for in the 2018-2019 season, the Golden State Warriors. Had “Boogie” been healthy and able to play during the postseason, the height may have been the perfect solution to overcoming a powerful Warriors team in the postseason.

The deal is slated to be just a one year deal, worth $5.3 million dollars. Cousins gave up a ton of money to sign with Golden State, similar to what Kevin Durant did when he first signed with Golden State. There is no telling exactly how much money Cousins left on the table by signing for less money with Golden State but this may serve as a one year trial period to show he is healthy and willing to put forth the effort to win basketball games.

Cousins is looking to impress the Warriors and show them he can return healthy, to earn a long-term deal that would keep him with the defending World Champions. Cousins is not expected to return to the court until at least December, possibly even as late as January.

The NBA Season will get started in October, which means that Cousins will miss at least the first few months of the NBA Regular Season. Cousins is one of the top Centers in the NBA and now will get to play alongside Kevin Durant and Steph Curry, to try and win a third NBA Championship in a row and the fourth in five years.

The injury that Cousins had last year limited him to just 48 games in 2018. He averaged 25.2 points per game, 12.9 rebounds per game, 5.4 assists per game and 1.6 blocks per game. Cousins is 27 years old and came into the league in 2010 as a first-round selection by the Sacramento Kings. Cousins remained with the Kings until All-Star Weekend in 2017, when he was traded to the New Orleans Pelicans. Cousins is a four-time NBA All-Star and a representative of the 2016 Men’s US Basketball Team, that went on to win the Gold Medal in Rio.

Cousins will fill a gap left open by JaVale McGee signing with the LA Lakers. To fill Cousins spot that he left open in New Orleans, the Pelicans signed former LA Lakers Center Julius Randle, whom the Lakers released on Monday evening.

Join us on Telegram to get even more free tips!
« Rondo Joins LeBron In LA
Wizards Agree To Sign Dwight Howard »
SportingPedia covers the latest news and predictions in the sports industry. Here you can also find extensive guides for betting on Soccer, NFL, NBA, NHL, Tennis, Horses as well as reviews of the most trusted betting sites.
NBA Betting Tips, Predictions and Odds 1369