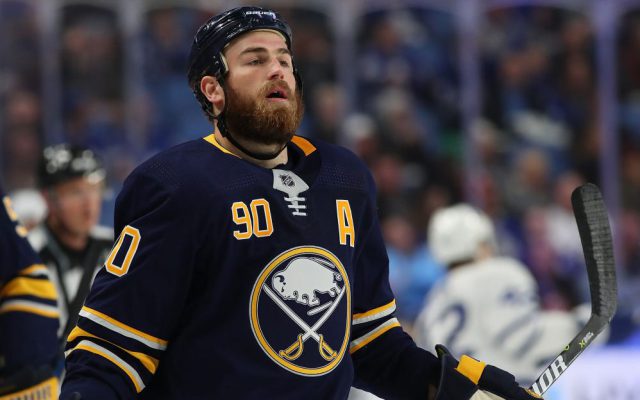 The St. Louis Blues picked up a new offensive star, and could not be more excited about it. Well, with the one exception of the player that is coming to St. Louis. Ryan O’Reilly is pumped to be re-creating his career with the St. Louis Blues. The 27-year-old will join Vladimir Tarasenko as the top scorers for the Blues in the 2018 – 2019 season. While the Blues missed the postseason in 2018, he will have a much better chance of playing in the postseason than he did with his former team – the Buffalo Sabres.

O’Reilly started with the Colorado Avalanche. He was a second-round pick in the 2009 draft, which was 33rd overall by Colorado. He then was traded to the Sabres during the 2015 draft. He then signed a $52.5M contract for 7 seasons. A season ago, O’Reilly scored 24 goals and dished out 37 assists. In his career, he has scored 155 goals and recorded nearly 270 assists. He will join Tyler Bozak, David Perron, and goaltender Chad Johnson as the new acquisitions for a team that missed the postseason by just one win.

Now, the offensive core for the St. Louis Blues along with O’Reilly will be Tarasenko, Brayden Schenn, Jaden Schwartz, Colton Parayko and Alex Pietrangelo. Another key for the St. Louis Blues general manager Doug Armstrong was the fact that Mike Yeo, the team’s head coach has had the opportunity to coach O’Reilly during his time with Team Canada at the World Championships. Also on that team was Schenn, Schwartz, Parayko, and defenseman, Joel Edmundson.

The Blues picked up O’Reilly from Buffalo in exchange for quite a bit. Tage Thompson is a young forward with some promise in the league, Vladimir Sobotka and Patrik Berglund are also on their way to Buffalo, along with a couple draft pick for the future. The Blues had been relatively quiet in big trades at the draft the last couple seasons, but this was one of the biggest in the league this season.

St. Louis will start their preseason on September 18th as they play back to back games in Dallas and Minnesota. The first regular season game for the St. Louis Blues is slated for October 4th when the Winnipeg Jets come to town. The Blues start the season with three straight home games, and four out of their first five are at home. O’Reilly will get the chance to take on his former teammates on Thursday, December 27th as the Sabres come to town. The return to Buffalo will take place on Sunday, March 17th.

The Sabres are looking to improve their depth after finishing dead last in scoring a season ago. The Sabres scored just 2.4 goals per game and finished with just 62 points, which was dead last in the Atlantic Division. The Sabres took a step backward after losing 16 points on their end of the year resume from the previous season.

Join us on Telegram to get even more free tips!
« Tavares Is Going Home To Leafs
Free Agency Frenzy Slows Down; Recap of 2018 NHL Moves »
SportingPedia covers the latest news and predictions in the sports industry. Here you can also find extensive guides for betting on Soccer, NFL, NBA, NHL, Tennis, Horses as well as reviews of the most trusted betting sites.
NHL Betting Tips, Predictions and Odds 800