Terrell Owens Will Give HOF Speech At Alma Mater 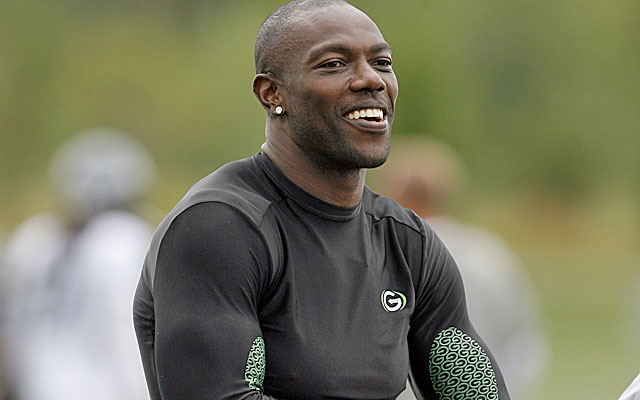 Former NFL Wide Receiver Terrell Owens announced on his Twitter page on Tuesday that he will be giving his Pro Football Hall of Fame induction speech at his alma mater, the University of Tennessee–Chattanooga. Owens announced the statement on Tuesday, stating the following:

“As many of you know, I am foregoing the Pro Football Hall of Fame induction ceremony in Canton. After giving it much thought, I have realized just how much I want to celebrate what will inevitably be the best weekend of my life at a place that means so much to me.

I have decided to give my Hall of Fame speech at the University of Tennessee at Chattanooga in McKenzie Arena on Saturday, August 4. The event, which is free and open to the public, starts at 3:17 P.M.

I’m proud to be a Moc, and I’m honored to be able to share this experience with my family, friends, teammates, and fans at the place that provided me an opportunity beyond high school and where I truly began to find myself as an athlete. Thank you to everyone who has supported my celebration decision. I look forward to seeing you all in Chattanooga.

Owens will be enshrined with the likes of GM Bobby Beathard, Brian Urlacher, Ray Lewis, Randy Moss, Robert Brazile, Jerry Kramer and Brian Dawkins. However, he will not appear in Canton, Ohio as the norm. Routinely, players are enshrined in Canton and take part in the festivities and celebration, but Owens has made it known that he will not be a part of the induction ceremony. This is the first time that a former player, who is still alive, will not appear during the event.

Owens has been very vocal for the past two years, expressing his discontent with not being inducted into the Hall of Fame in either 2016 or 2017. He felt that he was more deserving than some of the other candidates that were voted in during that time frame.

The former wide receiver ended his NFL career with 1,078 receptions, 15,934 yards, and 153 touchdowns. He is a six-time participant in the NFL Pro Bowl, who ranks third all-time in receiving touchdowns. Also, he came into the league in 1996 as a 3rd round NFL Draft Pick of the San Francisco 49’ers and played from 1996 until 2003 with San Francisco before going on to play two years for the Philadelphia Eagles.

Owens also played from 2006 until 2008 with the Dallas Cowboys, before spending the rest of his career in the NFL with the Buffalo Bills, Cincinnati Bengals, and Seattle Seahawks. He never actually played a game with the Seahawks, as they released him just 20 days after signing his contract.

Join us on Telegram to get even more free tips!
« Vikings Secure Key Piece To Their Defense
Julian Edelman’s 4 Game Suspension Appeal  »
SportingPedia covers the latest news and predictions in the sports industry. Here you can also find extensive guides for betting on Soccer, NFL, NBA, NHL, Tennis, Horses as well as reviews of the most trusted betting sites.
NFL Betting Tips, Predictions and Odds 332