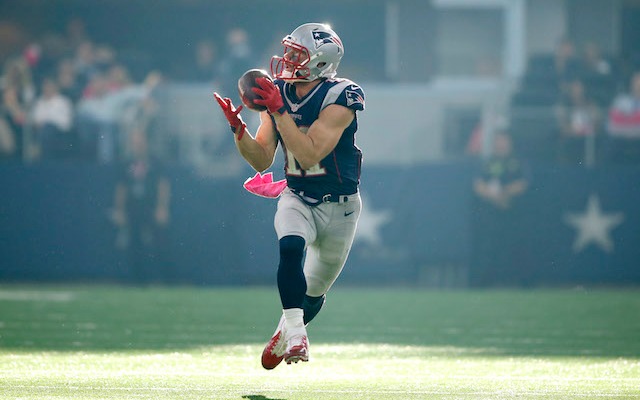 New England Patriots Wide Receiver Julian Edelman appealed the four-game suspension that was handed down to him in reference to a violation of the NFL’s performance-enhancing substance policy and on Tuesday, Edelman got his answer to the appeal. The NFL arbitrator denied the appeal filed by Edelman and his team of Attorney’s and Edelman will now serve a four-game suspension.

Edelman was appealing the suspension on the bases of how the league handed the case. Initially, when Edelman was flagged for a potential violation, the substance that was found in Edelman’s PED test “Wasn’t immediately recognizable”, which caused for further testing by scientists to determine what exactly was causing the violation.

Edelman also planned to dispute how the documentation was delivered in regards to the test results. An investigation resulted in the findings that the league made several mistakes in how Edelman’s test results were handles and who had access to them. His intentions were to argue this fact and hopefully abbreviate the suspension.

The Patriots will now be without Edelman for the first four games of the regular season. Those games will consist of the Houston Texans, Jacksonville Jaguars, Detroit Lions and Miami Dolphins. There is only one game in that stretch of games that is against their AFC East Conference rivals. Edelman does have the right to appeal the case in federal court, however that may only delay the inevitable and force him to miss games during the middle of the season when the Patriots need him the most.

Edelman will lose close to $1 million dollars due to the suspension. The complete breakdown of his lost money will break down to $470,588 in salary, $125,000 in roster bonuses and he will need to give back $392,157 to the New England Patriots, which was part of his original signing bonus and mandatory for all PED suspensions. Edelman will be able to participate in training camp and all exhibition games. His suspension will immediately take effect once the final exhibition game is completed. Edelman will not be able to return to any New England Patriots organized team events including practices, meetings, and games. Edelman will be able to return to the Patriots organized events on Monday, October 1, 2018, which is three days before the Patriots will take on the Indianapolis Colts on Thursday Night Football.

Edelman has been with the Patriots his entire career. Edelman is 32 years old and was drafted by the Patriots in 2009 in the 7th round. Edelman has already apologized for placing himself in this position. Edelman missed the entire 2017 season with an ACL tear however he was very reliable in 2016, playing in all 16 games. The Patriots went to the Super Bowl last year without Edelman, so this isn’t the equivalent of losing a major player like Tom Brady, but still detrimental to the team.

Join us on Telegram to get even more free tips!
« Terrell Owens Will Give HOF Speech At Alma Mater
Falcons Sign Rookie WR Calvin Ridley »
SportingPedia covers the latest news and predictions in the sports industry. Here you can also find extensive guides for betting on Soccer, NFL, NBA, NHL, Tennis, Horses as well as reviews of the most trusted betting sites.
NFL Betting Tips, Predictions and Odds 332