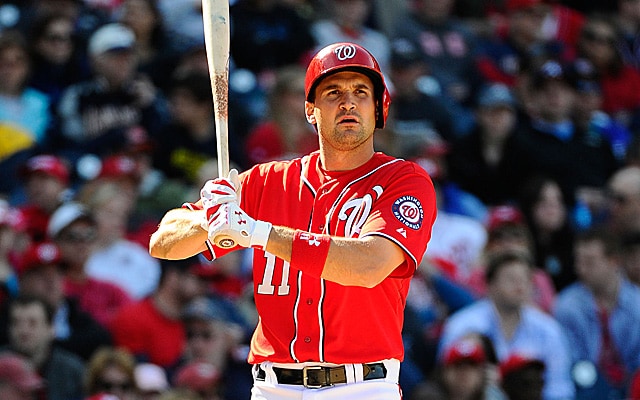 The frustrations in the Nation’s Capital have come to a season-high and caused for a players-only meeting to address some issues among the team, following a three-game sweep at the hands of the Boston Red Sox. The Nationals have now lost five games straight and eight of their last nine games overall.  To make matters worse, they have lost 17 out of their last 22 games overall.

The Nationals took another loss on the 4th of July, losing 3-0 to the Boston Red Sox.  The Nationals pitching staff gave up nine hits in the game and three earned runs, against the American League’s top offense.  Washington posted six hits in the game but was shutout for the third time in ten games.

Washington is beyond the halfway mark of the season and must find a way to correct the issues or potentially have their season ended sooner, than later.  They are currently one game under .500 with a 42-43 record and are seven games back behind the Atlanta Braves for the top spot in the division. While seven games may not be a major deficit and well within their range to recover, the Atlanta Braves are playing some of their best baseball of the season and not showing any signs of falling.

Bryce Harper continued his hitting struggles, going 0-4 on the day.  In the series with the Red Sox, Harper has gone 2-for-11 with one home run and one RBI.  Harper is now hitting .215 on the season with 21 Home Runs and 50 RBI’s. All though he is in a recent slump, he still leads the team in Home Runs, RBI’s, On Base % and Runs Scored.

The Nationals as a team are hitting .241, which is 9th in the National League.  They are led in hitting by Anthony Rendon, who has hit .289 on the season and is slugging .530.  The Nationals will get some boost back in their lineup, with activating first basemen, Matt Adams.  Adams has been on the DL and missed the Nationals past 16 games, due to a broken left index finger.

Washington has a very friendly schedule leading up to the MLB All-Star Break.  They will face the last-place Miami Marlins at home in Nationals Park for a four-game series, starting on Thursday, then head to Pittsburgh for a three-game set with the fourth place Pirates.

The Nationals will close out the final four games prior to the MLB All-Star Break with a four-game set in New York, against the last place Mets.  The Marlins, Mets, and Pirates have a combined record of 109-146, so this is the ideal spot for the Nationals to close out the first half of the regular season and position themselves in a spot to contend for the top spot in the National League East Division.

Join us on Telegram to get even more free tips!
« Shohei Ohtani Goes From DL To DH
Angels Get Two Off And Send Two More To Disabled List »
SportingPedia covers the latest news and predictions in the sports industry. Here you can also find extensive guides for betting on Soccer, NFL, NBA, NHL, Tennis, Horses as well as reviews of the most trusted betting sites.
MLB Betting Tips, Predictions and Odds 241