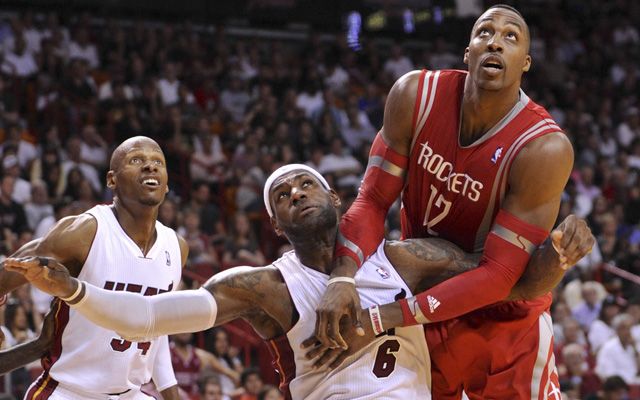 This will be Howard’s third team in just two weeks. Howard was traded from the Charlotte Hornets to the Brooklyn Nets less than two weeks ago, then released in a buyout agreement with the Nets. Howard will now sign with his third team in the short period of time, the Washington Wizards. Howard went to the Nets from the Hornets in exchange from Timofey Mozgov and a second-round draft pick. The draft pick was subsequently turned out to be Hamadou Diallo, from this year’s NBA Draft.

Not long after picking up Howard, the Nets agreed to a buyout with Howard to rid themselves of Center. The Nets really never had any interest in keeping Howard, he has simply used a piece to a puzzle to finalize the deal to part ways with Mozgov and a means for Charlotte to cut ties with Howard. Neither team was happy with their Center and the deal ended up being mutually beneficial for both parties.

The Washington Wizards had a need for a Center, especially after parting ways with Marcin Gortat in part of a trade that sent Gortat to the LA Clippers in exchange for Austin Rivers. By picking up Rivers, the Wizards boosted the depth they will have on the bench but cut out one of their lacking points on the roster, and left them without any true rebounder. The Wizards are hoping that Howard can have the same type of year in the upcoming season that he had last year while playing for the Hornets.

Last season, Howard played in 81 games and scored 16.6 points per game. His biggest asset is his dominating play under the basket, where he averaged 12.5 rebounds per game. Howard was able to stay healthy for the better part of the year and played the most games that he has recorded in since the 2009-2010 season. His 16.6 points per game were the most points that Howard has posted in a season since the 2013-2014 season.

The deal will not be finalized until July 6, 2018, at which point Howard will officially become a Washington Wizard. Howard has always been known as an interesting figure in the locker room and with the recent speculation about the relationship between John Wall, Bradley Beal, and the former Wizard Marcin Gortat, it will be interesting to see how this relationship ends up.

Join us on Telegram to get even more free tips!
« "Boogie” Headed To Golden State Warriors
Thunder and Carmelo Anthony Part Ways »
SportingPedia covers the latest news and predictions in the sports industry. Here you can also find extensive guides for betting on Soccer, NFL, NBA, NHL, Tennis, Horses as well as reviews of the most trusted betting sites.
NBA Betting Tips, Predictions and Odds 1385