Angels Get Two Off And Send Two More To Disabled List 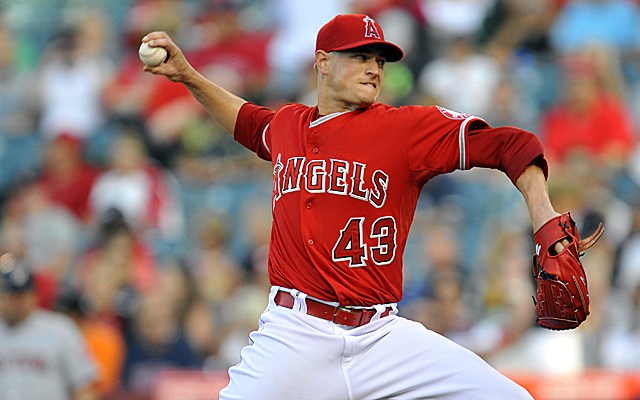 Garrett Richards has been on the disabled list, since he injured his hamstring on June 13 against the Seattle Mariners.  Richards was activated on Wednesday, July 4, 2018, and Richards return was impressive, getting the win and snapping an eight-game win streak over the Seattle Mariners.  Richards went 5.1 innings and gave up four hits and two earned runs. Richards struck out eight Mariners batters and only gave up one free pass in the game.

Shohei Ohtani returned to the lineup on Tuesday, going 0-4 in the game but played well on Wednesday, going 2-for-4 with two runs scored.  Ohtani is only playing designated hitter right now, as the two-way player has not been cleared to pitch. Angels doctors cleared him to partake in the batting lineup but have not cleared him to pitch.  Ohtani is now hitting .287 with six home runs and 20 RBI’s.

The Angels took a hit on Wednesday, sending both Chris Young and Tyler Skaggs to the ten-day disabled list.  Young strained his hamstring on Tuesday and was sent to the DL to recover. Young is hitting a mere .168 this year with six home runs and 13 RBI’s.  The 34-year-old outfielder has not impressed the Angels management and is on a one year contract.

In addition to Young going to the disabled list, the Angels also sent Left Handed Pitcher Tyler Skaggs to the DL due to a thigh strain.  Skaggs has a strain in his right thigh adductor, which has caused pain in the upper thigh and forced him out of his last game. The injury is very similar to a pulled groin and usually flares up on the follow through on a pitchers delivery.  Skaggs was slated to start on Thursday however the Angels have made the decision to shut him down for at least the next start. Skaggs leads the Angels in wins this year with a 6-5 record and has a 2.64 ERA. Jaime Barria will now make the start on Thursday for the Angels.  Skaggs has struck out 100 batters in 92 innings this year.

The Angels have battled injuries all year but have stayed strong for the better half of the year.  They are currently one game over .500 and are just 12 games back, behind the Houston Astros for the top spot in the American League West Division.  The Angels have lost seven of their last ten games overall but got the win on Wednesday over the Seattle Mariners, who are just a game behind the Astros.

Join us on Telegram to get even more free tips!
« Nationals Call Players Only Meeting After Boston Sweep
Freddie Freeman Exits Game With Injury »
SportingPedia covers the latest news and predictions in the sports industry. Here you can also find extensive guides for betting on Soccer, NFL, NBA, NHL, Tennis, Horses as well as reviews of the most trusted betting sites.
MLB Betting Tips, Predictions and Odds 241