Twitter
« Cleveland Brings Carrasco Off DL, And He Earns Win
Nationals Score 35 Runs And Undefeated Since Players Only Meeting » 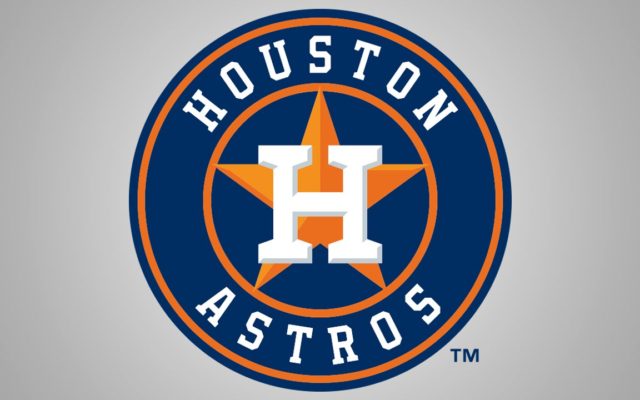 The World Series Champion Houston Astros have one of the best lineups in Major League Baseball, but on Saturday, they may have gotten a little bit better and added some extra power to their lineup. The Astros added their top prospect to their lineup, calling up Left Fielder Kyle Tucker from the minor leagues.

With calling up the Astros top prospect, Tucker, they sent the struggling Jake Marisnick. Marisnick was hitting just .190 with seven home runs and 19 RBI’s over 68 games and 153 at-bats. Marisnick was sent to Triple-A Fresno on Saturday, but he is expected to get recalled later this season. Marisnick has struggled lately, going 1-for-12 in his last seven games for the Houston Astros.

Tucker is considered the #8 ranked prospect in all of baseball by the MLB. The 21-year-old has been on fire down at Triple-A Fresno this year. Tucker has hit .306/.371/.520 stat line with 40 extra bases over the course of 80 games. Not only does Tucker hit for power but he also has shown some speed on the bases, hitting 14 stolen bases on the year.

The Astros have been hit by injuries lately, and it has taken away some of the power. Both Shortstop Carlos Correa and Catcher Brian McCann have both been placed on the disabled list, which has taken away a combined 18 home runs from their lineup. Correa is not expected back in their lineup this week, as the Astros are taking a slow and steady rehab approach with the Houston Shortstop. Correa has been on the ten day DL due to a back injury that he has dealt with over the past few weeks. McCann is not expected to return to the Astros lineup for at least four to six weeks, as he recovers from knee surgery.

Tucker got the start on Saturday in front of the Houston Astros fan base at Minute Maid Park in Houston, Texas. Tucker hit 7th in the Astros lineup and played left field. In his first appearance at the plate, Tucker fell to James Shields, striking out on six pitches. Tucker struck out a total of three times on Saturday but did get a one hit, one walk, one run and an RBI on the day.

Tucker will be a part of the first place team for at least several weeks, expected until at least Brian McCann returns from the disabled list. The Astros are in first place in the American League Central Division, with a 2.5 game lead over the Seattle Mariners for the top spot in the division. The Astros have one of the best lineups in all of baseball, hitting .263 as a team and scoring 458 runs, both of which places them second among all American League teams. They are also 6th in the American League in home runs this year, which is where they hope that Tucker can help boost them in the rankings with his power.

The Astros look to be a lock for the postseason. After winning the title last season, they do not seem to have missed a beat, as they are leading the American League West with their great starting pitching and solid offensive play.

Join us on Telegram to get even more free tips!
« Cleveland Brings Carrasco Off DL, And He Earns Win
Nationals Score 35 Runs And Undefeated Since Players Only Meeting »
SportingPedia covers the latest news and predictions in the sports industry. Here you can also find extensive guides for betting on Soccer, NFL, NBA, NHL, Tennis, Horses as well as reviews of the most trusted betting sites.
MLB Betting Tips, Predictions and Odds 241