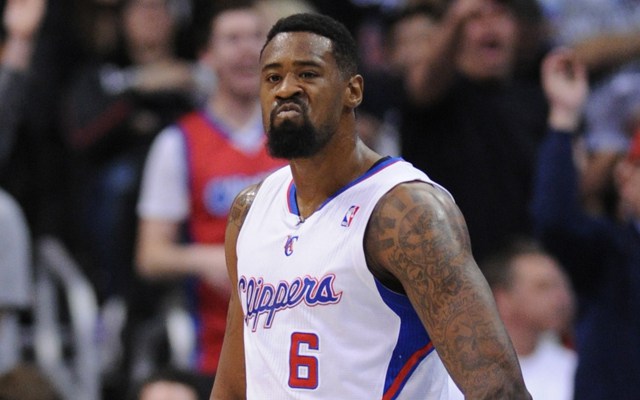 Most people know Mark Cuban as the wild and outspoken investor on the TV Show, “Shark Tank” but to sports fans in the NBA, he is known as the Dallas Mavericks owner. Cuban has been the owner of the Mavericks since 2000, when he purchased the team from former Presidential Candidate and American Businessman, Ross Perot, for $285 million dollars.

Cuban is one of the more vocal and more involved owners in sports, frequently getting involved in many of the deals coming into Dallas and involving the Mavericks. That was no different when the Mavericks recently signed All-Star Center DeAndre Jordan. This was the second attempt during Cuban’s time with the Mavericks that they have attempted to sign Jordan.

Back in 2015, Jordan backed out on a deal that would have brought him to Dallas, after agreeing in principle to a contract. Because Jordan left the Dallas organization high and dry and left some sad faces on the Maverick fan base, most people believed that Jordan would never be welcome back in Dallas.

According to Cuban, that wasn’t the case at all. Cuban recently told ESPN that he doesn’t hold grudges and only cares about winning. Cuban stated that he spoke with DeAndre Jordan on the phone before signing the Center and he stated that Jordan asked if the previous 2015 incident was behind them. Cuban stated that he told Jordan, “Let’s go win”. Jordan responded by saying “Let’s go to war” and the deal was completed.

Cuban thinks that Jordan will make the team instantly competitive and put them in a position to where they can get back to competing with the highest level in the NBA. Jordan will serve as a leader on the court and guide younger players like newly drafted Luka Doncic and Dennis Smith Jr. Many believe that Doncic is one of the top drafts picks in the NBA draft and now that he has the rebounding machine under the basket, he will be able to take some shots that he normally wouldn’t take because if he misses the shot, Jordan will be there to snag the rebounds.

Cuban and Jordan agreed to a basic one year deal that will give each side a chance to sample the relationship. All thought both parties believe there are no hard feelings, it is nice for both parties to be able to sort of trying each other out before locking down a long-term deal. Cuban said there is no question about talent, skill or abilities but he wanted both to be comfortable with each other before any long-term deal is inked.

Cuban admitted that originally the Mavericks had interest in signing DeMarcus Cousins but the fear of his time away from the court due to his injury of a ruptured Achilles tendon left the organization with some questions on when he would return and most importantly, how effective he would be when he returned. That sort of forced the Mavericks hands into signing Jordan and curing their need for a powerful dominating center.

Join us on Telegram to get even more free tips!
« Longtime San Antonio Spur Headed To Charlotte
Suns Sign Devin Booker To Max Contract Extension »
SportingPedia covers the latest news and predictions in the sports industry. Here you can also find extensive guides for betting on Soccer, NFL, NBA, NHL, Tennis, Horses as well as reviews of the most trusted betting sites.
NBA Betting Tips, Predictions and Odds 1385