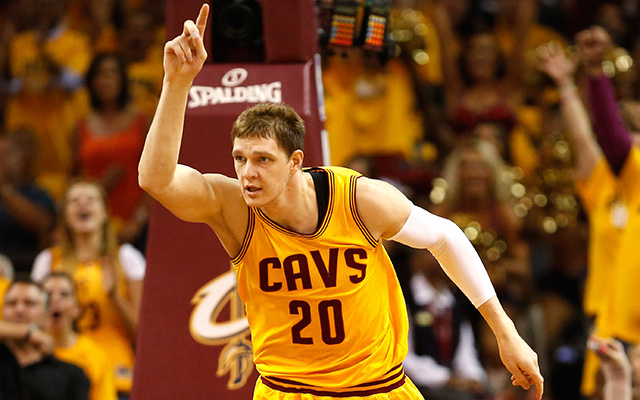 The offseason in the NBA has been very busy this year with free agents such as LeBron James, Paul George, DeAndre Jordan and Kevin Durant all signing early in the signing period. There have also been some powerful trades made this offseason to improve lineups in the NBA. One of those trades was pulled off on Saturday Night as the Chicago Bulls, Charlotte Hornets and Orlando Magic put their heads together for a four-player swap.

That all seems like a confusing pile of a hodgepodge but the reality is the Orlando Magic will add Mozgov and Grant to their rosters. The Charlotte Hornets will add Bismack Biyombo to their roster, and the Chicago Bulls will add Julyan Stone, whom they will immediately waive, and he will become an unrestricted free agent.

With any luck, Mozgov didn’t purchase a new home in Charlotte, North Carolina as this is the second time in the offseason that he has been part of a trade. Initially, Mozgov was traded from his originally 2017 team, the Brooklyn Nets, to the Charlotte Hornets in exchange for Center Dwight Howard. Howard was then a part of a contract buyout and has now ended up in the Nation’s Capital, Washington DC, with the Washington Wizards.

Mozgov has been in the league since 2010 when he signed with the New York Knicks. He is a 31-year-old Center, that has played for five teams in the NBA, not including the Orlando Magic. Mozgov spent the early stages of his career playing in his homeland of Russia before coming to the United States in 2010.

Biyombo had been expected to be used as trade bait in Orlando when they selected Mo Bamba in the 2018 NBA Draft. The Magic already had Nikola Vucevic on their roster, and the writing was on the wall for Biyombo when they picked up Bamba. Biyombo is under contract for at least one year, but he also has a player option for the 2019-2020 season. Biyombo will make $17 million dollars next year in the NBA.

Biyombo came into the NBA in 2011, with the 7th overall pick for the Sacramento Kings, with his rights being traded to his current team, the Charlotte Bobcats. Biyombo spent from 2011 until 2015 with the Bobcats/Hornets before moving on to play a few seasons with the Toronto Raptors and the Orlando Magic.

For the Bulls, this trade allows them to simply cut some of their salaries by parting ways with Grant and taking on Stone, who they will release/waive. Grant is a former Notre Dame Fighting Irish who was taken in the first round of the 2015 NBA Draft. Grant has played in the NBA for the New York Knicks and Chicago Bulls.

Ironically, each of these three players, except Stone who will be released, would have served as a backup on their former teams however with their new team, they very well could compete for the starting role. Each team filled a void in their lineup and brought in an immediate starter that can take a position in their lineup.

Join us on Telegram to get even more free tips!
« Suns Sign Devin Booker To Max Contract Extension
Brook Lopez Headed To Milwaukee »
SportingPedia covers the latest news and predictions in the sports industry. Here you can also find extensive guides for betting on Soccer, NFL, NBA, NHL, Tennis, Horses as well as reviews of the most trusted betting sites.
NBA Betting Tips, Predictions and Odds 1385