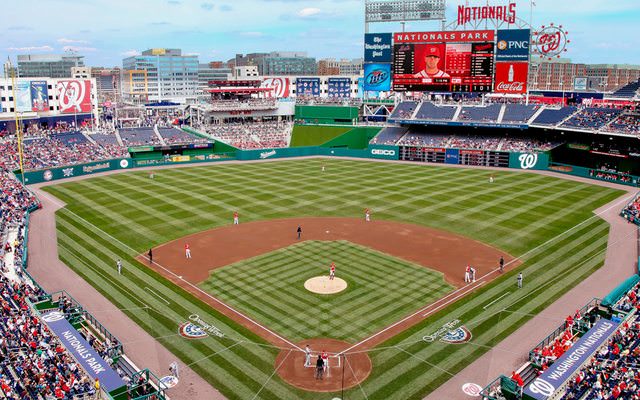 Major League Baseball announced the first update to the All-Star Game Final Vote results on Tuesday afternoon. Seattle Mariners shortstop, Jean Segura, leads the way in the American League. Segura is having a great season for the surprise Mariners, and has a batting average of .330. The entire Mariners roster is doing their part to get Segura chosen, and were seen wearing “SendSegura” shirts before boarding the team plane.

A pair of American League outfielders find themselves in second and third place after the first update. Boston Red Sox star, Andrew Benintendi, is currently in second place, but it is unclear how many votes separate the top two spots at this moment. Benintendi, 24, is having a solid season at the plate for Boston with 14 home runs and 55 runs batted in. Yankees outfielder, Giancarlo Stanton, checks in at third place in the first update. Last season’s National League Most Valuable Player, Stanton has hit 22 home runs and driven in 52 runs in his first season in New York.

Minnesota Twins’, Eddie Rosario, is currently in fourth place in Final Vote standings. Rosario is having the best year of his career and has provided plenty of power for the struggling Twins. Rosario has belted 18 home runs to go along with 54 RBI’s in the first half of the season. Andrelton Simmons is currently in 5th place in the American League Final Vote. The Los Angeles Angels shortstop is hitting .307 on the season to go along with his usual stellar defense.

San Francisco Giants first baseman, Brandon Belt, is in second place at the moment. Belt is having another solid season, hitting .303 with 13 homers and 42 runs batted in. Breakout star, Max Muncy, finds himself in third place through the first update. Muncy will be representing the Los Angeles Dodgers in the 2018 Home Run Derby, but hopes to also get the opportunity to play in the game. Muncy has hit 20 home runs to power the Dodgers right back into the playoff mix.

Washington Nationals shortstop, Trea Turner, checks in at fourth place through the first update. Turner is hoping to get to be an All-Star in his own ballpark, as Nationals Park is the site of this year’s game. Matt Carpenter of the Cardinals is in 5th place at the moment.

Fans can continue to vote online in the 2018 Camping World Final Vote until Wednesday at 4 p.m. Eastern. Winners will be announced on MLB Network on Wednesday night. The 89th Major League Baseball All-Star Game will take place on Tuesday, July 17, at Nationals Park. Following the All Star Game, Major League Baseball will turn it’s attention to the next two weeks before the MLB Trade Deadline, which could be wild, with numerous teams still alive.